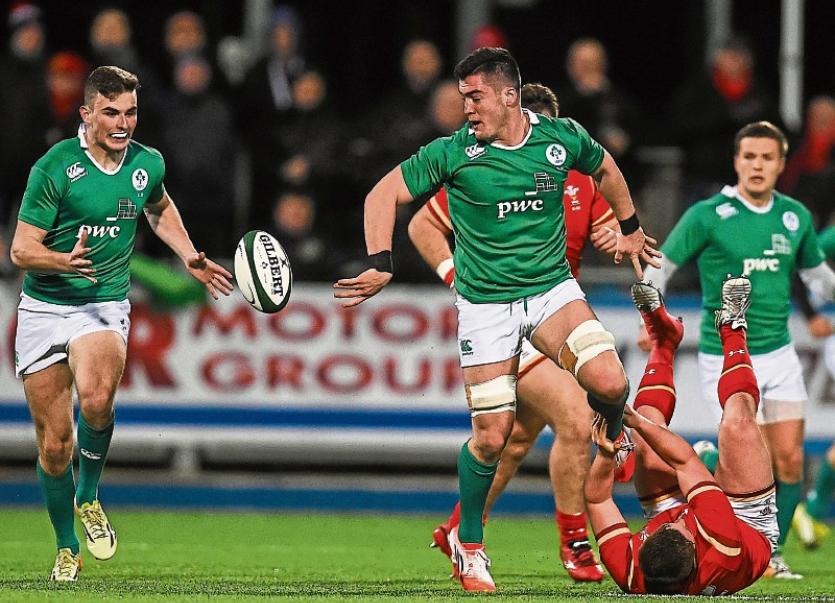 THREE Limerick-based players have been included in the Irish U-20s match-day squad to face England in the RBS 6 Nations Championship at Kingston Park, Newcastle, on Friday, 6.05pm.

All three are listed among five Munster replacements for the game. The Young Munster duo of Shane Fenton and Ben Betts are joined on the bench by Kelvin Brown, of Shannon.

While Fenton and Brown have both featured at replacements in Ireland’s previous 6 Nations fixtures with Wales and France this season, Betts will make his international debut at this level if introduced.

Just one Munster player, Shane Daly, of Cork Con, is named in Ireland’s starting XV for the game with England.

Eight players on the starting team are from Leinster, with Connacht providing four starters and Ulster two.

Friday night’s game will be televised live on Sky Sports 3 from 6pm.

*Denotes Uncapped at this level