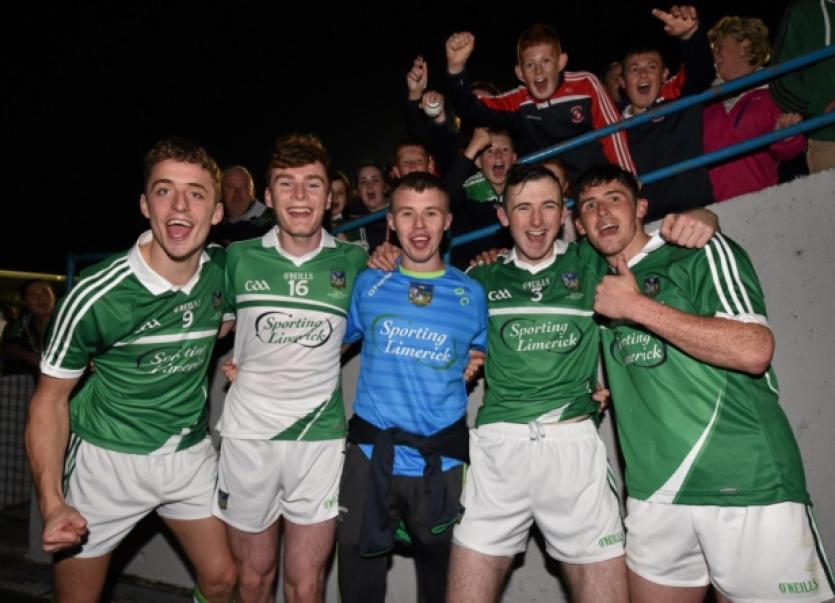 Homecoming for U-21 heroes, Munsters and Garryowen face off under lights and this weekend’s Desmond League fixtures are the big talking points in Limerick sport today

Homecoming for U-21 heroes, Munsters and Garryowen face off under lights and this weekend’s Desmond League fixtures are the big talking points in Limerick sport today

GAA - Heroes welcome for U-21 All Ireland team

Limerick’s U-21 hurling team enjoyed a fantastic welcome at Thursday evening’s homecoming at City Hall. The hurlers entered City Hall by the river and were met by a rapturous reception by a crowd including JP McManus, AP McCoy, plus local politicians. The players were greeted with a standing ovation from the enthusiastic crowd who travelled to the city from across the whole county. Cian Lynch told the Limerick fans how the support is: ““You don’t understand what your support means to us. We won’t rest on our laurels. We will go again.”

Rugby - Early season derby to be played under lights

History will be made at Tom Clifford Park this Friday night when Young Munster host their first league game under their impressive new floodlights. Garryowen are the visitors for the crucial division 1A clash. The official switching on of the new floodlights at Tom Clifford Park will take place at 5.45pm on Friday with the turning on of the lights will be followed by a pre-match meal at Greenfields. Munsters lost to Lansdowne in their opening game of the season while Garryowen beat Ballynahinch.

Soccer - Busy weekend ahead in the Desmond League

Although the Munster Junior Cup is the main focus of the Desmond League teams this weekend, there are also plenty of other games down for decision. Click here to see all the fixtures.

The 2015 gaelic football showpiece is only two days away and the tension is palpable. The Dublin, Kerry rivalry is one of, if not the biggest sporting rivalry in the country and the latest instalment commences on Sunday at 3.30pm at Croke Park. They are the two most successful counties in the football championship - Kerry have 34 All Ireland’s while Dublin have 24. It promises to be a fantastic occasion with Kerry also playing in the minor final against Munster rivals Tipperary.

Football’s governing body FIFA has been thrown into more turmoil once more with the suspension of Jerome Valcke, FIFA General Secretary. Valcke was known as Sepp Blatter’s right hand man and he has been suspended by the organisation pending an investigation into allegations he was implicated in a World Cup tickets scheme.

Emails and documents seen by the Press Association Sport suggest Valcke was aware that a Swiss marketing company were selling off World Cup and Confederation Cup tickets for almost five times their face value.