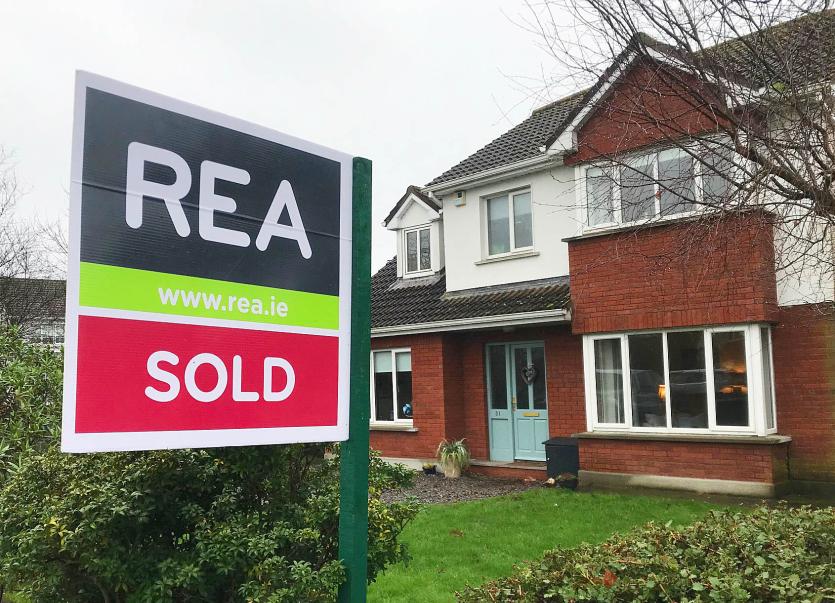 The latest REA Average House Price Index has been published

THE price of the average second-hand semi-detached home in Limerick city has increased by 4.9% over the last three months, a new report has found.

According to the REA Average House Price Index, the average price of a three-bed semi-d in the city is now €215,000. Average prices in the county also rose 4.7% during January, February and March to €178,000.

Across the county, the average time taken to sell is in line with the national trend and has fallen by one week. It is now taking three weeks to sell second-hand homes in Limerick city and four weeks in the county.

"Q1 for Limerick has been very busy, with properties seeing approximately a 5% rise from Q4 (of 2020),” said Pat Dooley, REA Dooley.

Commenting on the latest Index, he added: "The supply deficit in the market, coupled with buyers’ attitudes during lockdown are driving prices upwards. Buyers are getting into continuous bidding wars because there is little supply of what they are looking at on the market."

Mr Dooley says he expects the trend to continue over the coming weeks and months. "First time buyers seem to be most active in the market, making up about 50% of demand across the county," he said.

Nationally, average house prices rose by almost 2% over the past three months, despite the absence of physical viewing, in a marketplace which is seeing the lowest supply and the shortest time taken to sell in recent history.

The price of a three-bedroomed semi-detached house across the country rose by almost €4,500 over the past three months to €243,603 – representing an annual increase of 3.6%.

The biggest rises in Q1 came in commuter counties as buyers move out further from the city in preparation for long-term hybrid working situations.

Dublin city experienced its biggest quarterly rise in over three years as the price of a three-bedroomed semi-detached house rose by 1.5% to €438,500 during the past 12 weeks.

As the flight to rural locations continues, prices in the rest of the country’s towns rose by over 2% in Q1 to €168,828.