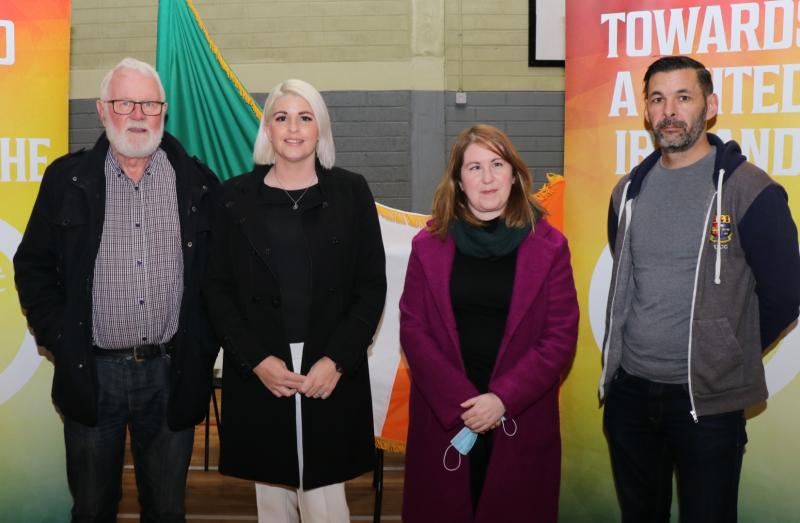 SINN Fein is getting election-ready well in advance and has selected Joanne Collins to be the  party’s general election candidate in the Limerick County constituency.

Ms Collins, who lives in Cappagh was selected unanimously at a convention in Newcastle West chaired by former Sinn Féin TD Jonathan O’Brien and also attended by another former TD, Martin Ferris.

“I am deeply honoured to be selected,” Ms Collins said. “I have witnessed the hard work being done here on the ground as well as the work done under the leadership of Mary Lou McDonald at national level and I am committed to working for those who are struggling or left on the margins.”

A qualified Special Needs Assistant, Ms Collins is a member of the Ronan family from Cappamore and later lived in Dooradoyle before moving to Cappagh. She has four children.

A supporter of Sinn Féin for a long time, she only signed up as a member last year, with the aim of becoming an activist and doing her bit. She is, she continued, absolutely delighted to be a candidate.

“I never thought I would have a chance,” she said but added: “I think people want change. I am hoping that because it is a female that Sinn Fein is running, that people will see that as another change, that it is not always going to be a male.”

She is confident that Sinn Féin can do well in the constituency, where the TDs are Ministers of State Patrick O’Donovan and Niall Collins, and Deputy Richard O’Donoghue.

“People are getting very frustrated and Mary Lou is giving them hope,” she said.

In last year’s general election, a former councillor Séighinn O’Ceallaigh clocked up 6,916 first preference votes, 15% of the total, in the Limerick County constituency.

With Sinn Féin’s standing in the polls nationally now at an all-time high of 37%, the party will be hoping to do better in Limerick County next time out.