Furious Limerick councillors call for Irish Water to be disbanded 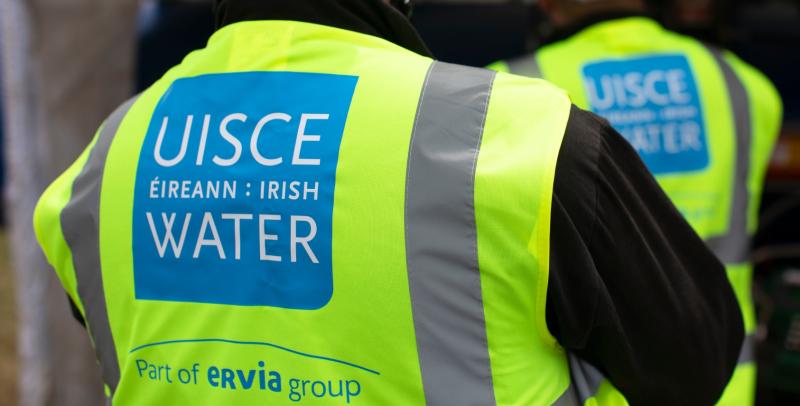 Irish Water has been strongly criticised

IRISH Water has failed miserably and should be disbanded, Fine Gael councillor John Sheahan declared this week. There was a shambles made setting it up, he argued, and politicians buckled.

The Glin-based councillor also called for a review of the service agreement made between Irish Water and Limerick City and County Council. “We would be better off on our own,” he said.

At least, Limerick council staff answered phone calls from councillors when issues arose. “If you ring or email Irish Water you might as well be ringing the North Pole. Some responses come back a week after but water is something you need every day.”

And he called for a better system of communication. “Once the people know the water was going off."

Cllr Sheahan’s comments came after he was informed that a new  borehole is to be drilled for the Glin water supply but the residents there will have to wait until 2025 before a sewerage treatment plant is in place.

The commitment was welcomed by Cllr  Sheahan who said he was “heartened” to hear it but noted that Irish Water had not put in for planning permission as yet.

Glin, he pointed out, was one of 43 towns and villages in the country where effluent was going into watercourses. The Shannon, he said, was at risk of becoming one of the biggest septic tanks in the world.

The existing borehole in Glin has been failing for some time, Cllr John Sheahan said this week, and the reservoir has been under pressure. “I hope that will be done sooner rather than later.” The problems with interrupted supply to a number of areas in Glin would also be addressed, he was told at this month’s meeting of the Newcastle West

Cllr Liam Galvin agreed Irish Water should be disbanded but argued that Irish Water was underfunded and councillors were getting the blame. The underinvestment has to lie fair and square with the government, he said and he wanted that message to go to Irish Water, to the government and to Limerick’s TDs.

Councillors’ phones never stopped ringing during the summer heatwave as householders across West Limerick were left without water or had their water supply constantly interrupted, he said.

“It has been nothing short of shambolic. It is simply not good enough that you can go and turn off a water supply,” declared Cllr Liam Galvin at this month’s meeting of the Newcastle West Municipal District.

But, he added: “Bad and all as the drought was, the after-effects with burst pipes and burst mains was unbelievable. Something has to be done. The buck has to stop somewhere. I am not prepared to take responsibility for the shambles.”

There should be a system, similar to the  ESB  where people are notified if supply is  being cut, he argued. Cllr Francis Foley agreed that the technology exists to be able to do that.

“I can’t understand why there is such a problem with water, we have so much rain in this country,” commented Cllr Tom Ruddle. “Irish Water don’t have to take any of the flak.”

Work is taking place this week boost water pressure which is expected to improve the supply in Old Mill and Ballyine, he was told.