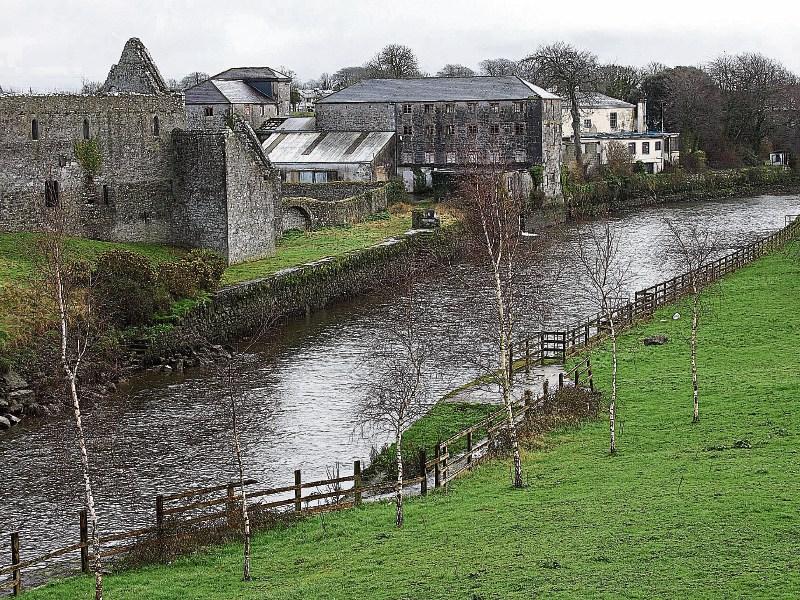 LIMERICK City and County Council are continuing to monitor the bacterial pollution of Askeaton’s River Deel.

Swimming has been prohibited on the waterway for a number of weeks now and a special meeting of Adare/Rathkeale councillors took place in relation to what is being done.

They were told by the executive that testing will continue and the local authority will set out to try to the best of their ability to identify the sources.

It’s understood testing at the ‘Lep’ and below the bridge is ongoing.

And district leader Cllr Kevin Sheahan has repeated his call for a new treatment plant pipe for Askeaton town.

“Irish Water is responsible for not putting in a new treatment plant pipe in Askeaton which has tripled in population since the 1940s system was installed,” he said.

There was criticism of Irish Water and the Environmental Protection Agency (EPA) for what was described as its “neglect of duty” over the River Deel and the sewage issue in Askeaton.

Independent councillor Emmett O’Brien, also a member of the district, said: “Irish Water need to be held to account for this. It’s time this was addressed once and for all.”

Askeaton has been left in a “serious” situation, said Cllr Sheehan.

He added: “I have used the expression that the Deel is poisoned. If I go to the estuarial part where people swim, boat and fish, there is signage advising people not to bathe in the river. It’s a sad sight to see in my town. For the River Deel I love so much to be allowed to get into that state.”

The councillor has pointed out that local angling groups have complained about fish being absent from the river.

“People who walk the river banks who may not be fishermen to tell me that normally at this time of year in the evening, you would have small trout jumping for flies.

“But at the moment, there is no evidence of that in the river,” he added.

Councillor Sheehan previously has looked for a copy of an EPA notice served on Limerick County Council before the merger, in which he said the EPA threatened to prosecute the council if it did not deal with the inadequate sewage treatment plant in the town.

No new treatment plant has been built but Cllr Sheahan wants to know, where has the EPA gone? “Why has the EPA abandoned the River Deel?” he demanded.

Retiring doctor could leave Limerick village without a GP