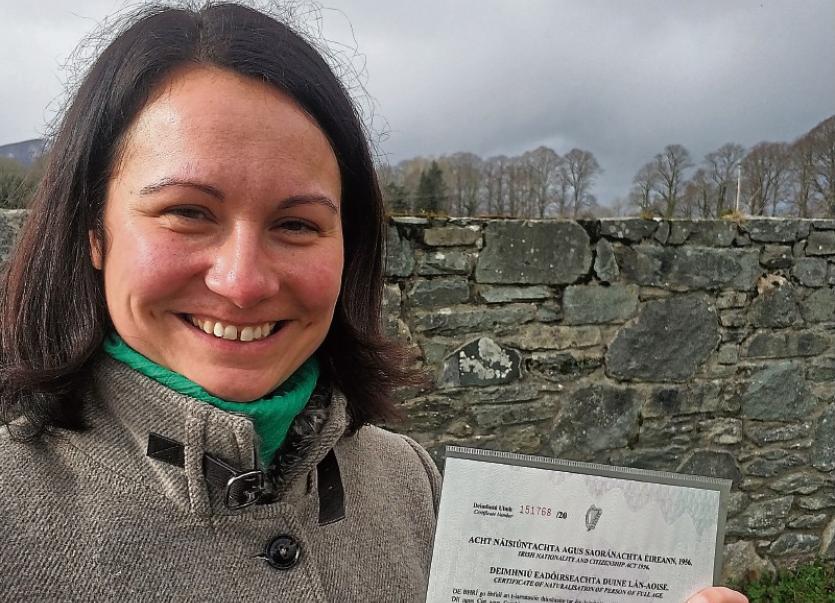 Cllr Novak, who was co-opted onto the council following the Green Party’s Brian Leddin securing​ election to Dail Eireann, was born in Slovenia, but moved to Ireland in 2007.

She was one of more than 5,000 people being conferred with the honour of Irish citizenship at a ceremony in Killarney this week.

Like so many people, Cllr Novak said the decision to become naturalised Irish came following Britain’s decision to leave the European Union in 2016.

“I never felt I needed to do this before. As a European citizen felt the same.

“But [Brexit] made me realise the European Union wasn’t as strong as we all thought it would be. That was the trigger for me,” she said.​

The northside councillor’s children, Fionn, 4, Liam, 7, and husband Eoin were also uppermost in her mind when applying.

“When you have the kids, you think of worst case scenarios when you don’t have Irish citizenship. It put things into perspective,” she said.

Cllr Novak had to produce a mountain of paperwork proving she had lived in Ireland for the required three years, something she admits was a frustrating process.

She said: “I actually ended up crying one day. I went through the permanent residency application which was a much bigger pile of documents than this was. There was a lot of frustration because everything was paperwork. By the time I had everything compiled, the form was replaced, so I had to do it up all over again. It took, in the end, 13 months.”

The tears of frustration were replaced with tears of joy in Killarney this week, as Cllr Novak took to the stage to receive her certificate.

“When the anthem played at the end, it felt emotional,” she admitted.