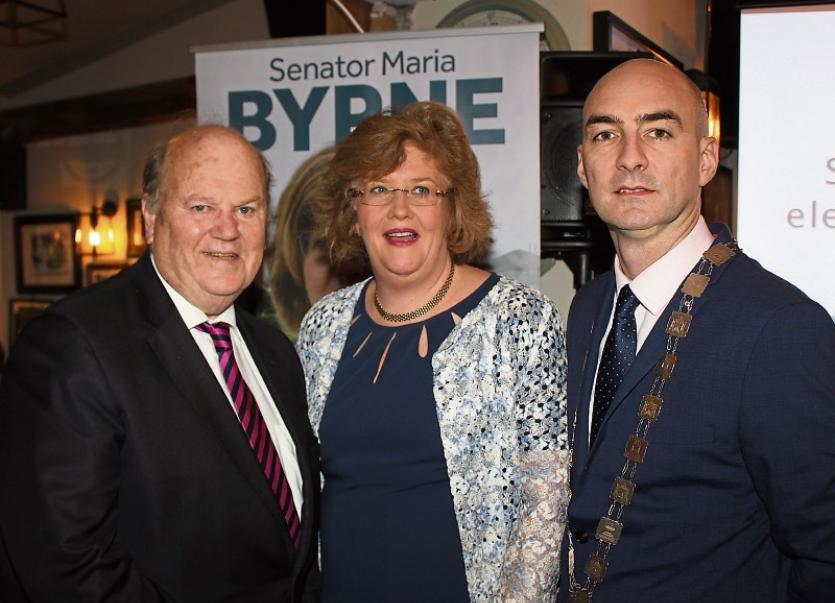 Mr Noonan, who will not run in the next election after sitting in the Dail for 37 years, said on Thursday night at Bobby Byrne’s pub he “couldn’t think of a better or nicer person to succeed me in the Dail”.

The Fine Gael senator was selected to run for the Limerick City constituency alongside fellow senator Kieran O’Donnell.

Senator Byrne, who first entered politics as a Young Fine Gael member, age 14, and was elected to Limerick City Council in 1999, was elected to Seanad Eireann in early 2016.

She said it was appropriate for the former minister to launch her campaign, as she has been involved with him since he was elected 1981. She mentioned her late father and former mayor, Bobby Byrne, as an inspiration.

Sen Byrne said that, following Limerick’s economic success in recent years, “we cannot afford to go back to where we were 10 years ago, certainly”.

She said that since being elected to the Seanad, she has gained “a great insight into the wishes of people”. Issues presented to her at her constituency office on Henry Street include housing, medical cards, education grants, overcrowding, and microlocal issues, such as potholes and street lights.

“You also have to be a good listener. And no matter how small somebody’s problem is, it means something to them.”

Deputy Noonan said: “I would like that Maria would be in the Dail, to continue the work for Limerick that I had started. We need someone of confidence and vitality to continue to drive the agenda forward, and I think Maria is the person to do that. So, you have my full support Maria. I couldn’t think of a better or nicer person to succeed me in the Dail, and I know everyone here tonight has the same view.”

Metropolitan mayor, Cllr Daniel Butler welcomed her campaign. “If you track Maria’s career, it has only been heading in one direction and that is towards the Dail.”