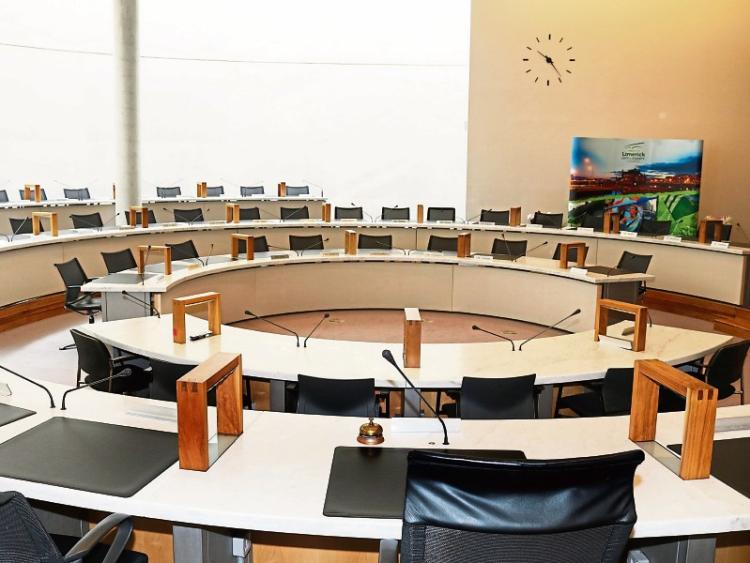 FIVE people hoping to get on the ballot paper in next month’s Presidential Election have made their case to Limerick City and County councillors.

Marie Goretti Moylan, journalist Gemma O’Doherty, Sarah Louise Mulligan, businessman Peter Casey and John O’Hare were all at County Hall this Tuesday in the hope of securing a nomination from the local authority.

In order to run for the presidency, any candidate must have the nomination of at least four local authorities.

Challenged by councillors, she insisted under her presidency, no family should ever be forced to sleep in garda stations.

She also said she would open rooms in Áras an Uachtaráin to homeless families.

Mr Casey said: “As a nation, we are punching well below our weight. We should be far more influential on the world stage then we are. That’s the essence of my platform. We now have the technology to connect the dots to the Irish around the world. The slogan for my campaign is ‘Why be a small country when we are already a great nation?’.

He said he will give part of his presidential salary to charity each month in connection with each local authority if elected president. It would be up to that authority to decide where the funding goes.”

Athlone woman Ms Goretti Moylan, a former employee of the National History Museum, said if elected President, she hopes to use the position to decentralise parts of Ireland's history “from boxes in Dublin museums, out to the entire country”.

Former Irish Independent journalist Ms O’Doherty said: “Limerick is suffering from a serious crime epidemic. I would love for this city to shed this reputation.”

She added: “I am very concerned that citizens feel alienated from politics. There is a feeling democracy is broken.”

Last to speak was Co Down man John O’Hare, a late entry to the race.

He called for a coalition of 'honesty and self-assessment' in the presidency.

“Every citizen of Ireland should be able to have their voice heard. We cannot continue to turn the other eye to the scandal of the homeless and the destitute on our streets and cities. We must engage the thought and continuations of all to capitalise on Ireland being the only English language speaking member of the EU to grow our economy,” he said.

Earlier this week, presidential candidate Kevin Sharkey pulled out of the race, while entrepreneurs Sean Gallagher and Gavin Duffy secured their four nominations.

They will be joined on the ballot by Senator Joan Freeman and Sinn Fein Ireland South MEP Liadh Ni Riada, alongside sitting President Michael D Higgins.

Peter Casey yesterday secured the nominations of Clare and Kerry County Councils and needs two more nominations to get on the ballot paper.

One party conspicuous by their absence at County Hall this Tuesday was the Labour party, whose members are supporting the incumbent president Michael D Higgins, their candidate from the 2011 Aras election.

At 2.30pm this afternoon, councillors will reveal who – if anyone – they will be nominating for the election, which takes place on October 26.