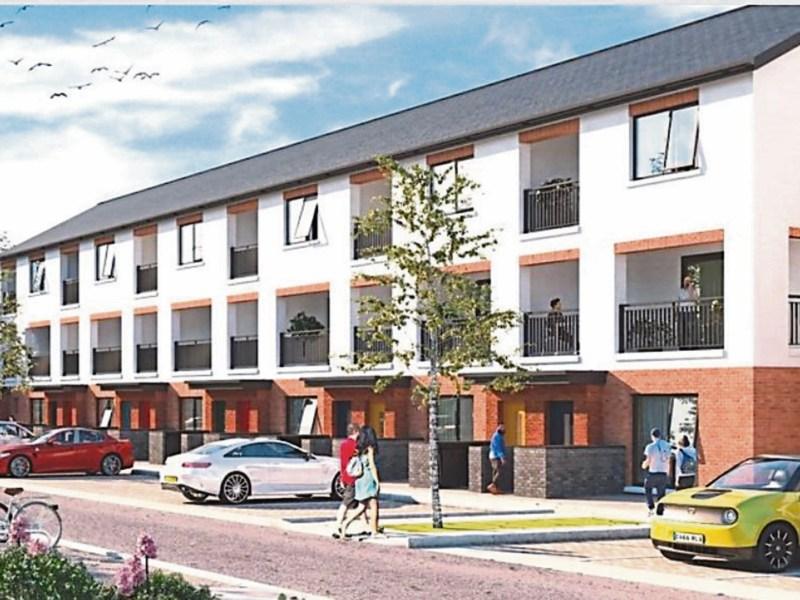 QUESTIONS around road infrastructure and safe pedestrian access to a proposed 165-unit housing development in Limerick city have been raised.

Local councillors had the opportunity to express their views on a Strategic Housing Development (SHD) planned for the Condell Road, comprising 43 houses, 42 duplex units and 80 apartments.

It is understood that the SHD, to be called Clonmacken Gardens, will also house an on-site creche.

The application was submitted to An Bord Pleanála, meaning it bypassed city planners in Limerick City and County Council, due to a law permitting developments exceeding 100 homes in total to do so.

“The main issue we have is that the council estate across the road that has been built and welcomed, has no footpaths or safety whatsoever,” Cllr Sharon Benson said.

The Sinn Féin representative also alluded to another, separate 43-unit social housing development across the road, saying that despite being a different development, connectivity to road infrastructure in the entire area is a concern.

“Our Part 8 is dragging its heels,” she stressed, adding that not a single house has been completed in two years on this adjacent Clondell Road site.

LCCC Senior Planner Nuala O’ Connell outlined that there was in fact access through the 43-unit development, linking back to the town.

She also informed Cllr Benson that road infrastructure in future projects, like the 165-unit SHD, will be taken on board and looked at, with her queries to be forwarded to the housing department.

Cllr Sasa Novak asked about proposed traffic calming measures such as cycle lanes, bus lanes and footpaths that were outlined in July 2021, for the R527 from Shelbourne Road to Coonagh Roundabout.

“It has already been approved and passed, so what is the report on this,” the Green Party representative queried.

In response, Senior Executive Engineer Mike Richardson said he would link in with Active Travel to find out what the progress is on the proposed cycle and footpath lanes for the Condell Road.

All of the comments taken at the metropolitan district meeting are to be incorporated into the Chief Executive’s Report for the SHD on April 5, with the ABP decision due on May 31, 2022.