Plans for new 'hub' on Limerick Greenway are progressed 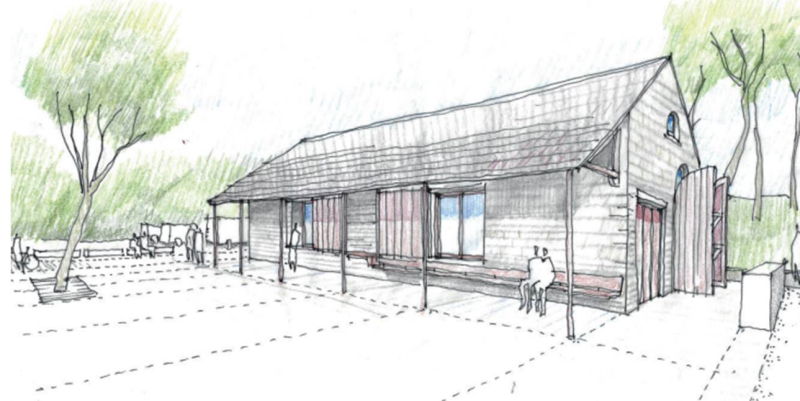 THE way forward has been cleared for a new Greenway Hub at Rathkeale and it is hoped that work can begin on the project next year.

The plans for the initiative have been approved by the  Adare/Rathkeale councillors and will go out for tender in the New Year.

The Rathkeale Hub is one of a number of hubs the council aims to develop along the Limerick Greenway, which opened to the public last July.

The others are Ardagh, where the first phase of works has been completed, Newcastle West and Abbeyfeale.

The Rathkeale plans, drawn up by McMahon & Co Architects, will see the old, and now derelict, railway goods shed,  transformed to house an information office, a coffee dock, public toilets and a bike storage and bike-hire centre.

The stone-cut building will be re-roofed and the original overhang or awning restored to become a covered colonnade with seating and tables.

The area in front of the shed will become a dedicated, landscaped public plaza with seating, and will be bounded on one side  by the Irish Palatine Museum which is housed in the original Rathkeale station house and which has an operating coffee-shop.

The car park, on the other side, will be resurfaced and marked with a new, single entrance,  a set-down area for buses and coaches and charging points for cars and bikes put in place.

“You want facilities to be first class,” director of services Gordon Daly told councillors. “You  have  seen what we have done in Barnagh Station and in Ardagh. The restoration of these heritage buildings is of the highest standard.”

The plaza will be a new public place for the town, not just for the greenway, he continued and the hub would be a connection to the town.

Rathkeale, he added, is the first through the design and Part 8 approval stage and was prioritised because it is the “start of the Greenway”.

By next year, he said, Abbeyfeale will no longer be the start of the greenway at the other end as the next section to Listowel opens.

The original licence to operate all three temporary hubs at Rathkeale, Newcastle West and Abbeyfeale is for five years, Mr Daly explained and the current licensee will have first refusal when all three permanent facilities are in place.

The rental price will then be negotiated, he told Cllr Stephen Keary, and the new leasee must operate all three hubs.

Cllr Adam Teskey said he had reservations about the lease but wanted the message to go out that the Adare Rathkeale councillors were in favour of the greenway.

Earlier, Cllr Kevin Sheahan had dismissed as “outrageous” a statement made at the council’s estimates meeting that Adare Rathkeale councillors were opposed to the greenway hub. “I want to reject that we have somehow opposed the greenway.”

When the Rathkeale hub plans were first unveiled, councillors were told that €200,000 had been allocated to the project under the Town and Village Renewal scheme but it would cost more than that.

A new-build hub is to be developed on a site owned by the council at the Business Park in Newcastle West and the plan for a hub in Abbeyfeale will involve the goods station.