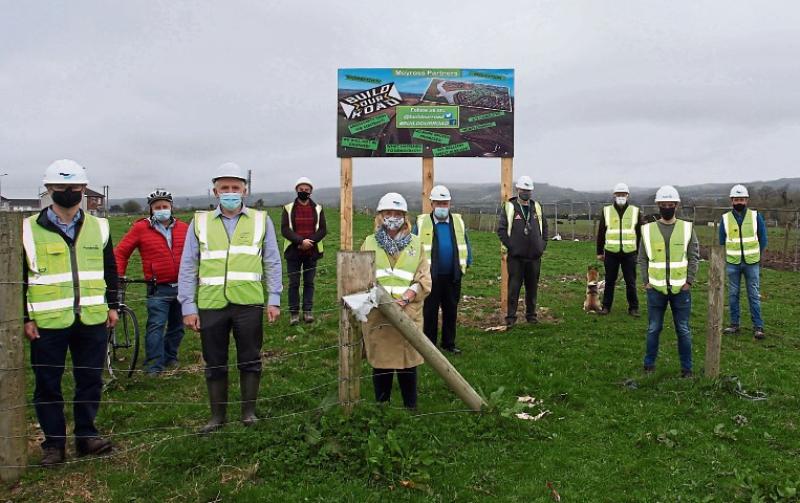 Boots on the ground: Community representatives and council staff pictured as digging got underway on the Coonagh-Knockalisheen road. As it stands, it appears the second phase will not proceed

SINN Fein TD Maurice Quinlivan has called for communities and businesses to link up to persuade government to change course on the Northern Distributor Road.

There has been criticism from many quarters after the road was not included in the National Development Plan, unveiled last week.

Among those questioning why it’s not being included were Limerick Chamber, UL president Kerstin Mey and Mayor Daniel Butler.

Limerick Chamber adds to criticism of roads omission from plan

The proposed route would begin at the Cappamore junction, cut through the Mountshannon Road, with a bridge crossing the River Shannon. It would then proceed at a gap between houses behind the Plassey Park Road before heading towards Parteen and Ardnacrusha.

It’s seen as vital​ to relieve some of the congested roads around Corbally and towards the National Technology Park.

But Green TD Brian Leddin has confirmed that it is not happening as of now, due to it not being in the plan.

Now, Mr Quinlivan says he hopes the business community and locals in Corbally, Castletroy, Rhebogue and other areas impacted, team up to force it back onto the agenda – in a similar manner to what Moyross residents successfully did earlier this year.

They launched a high-profile campaign and forced Transport Minister Eamon Ryan into a U-turn on the Coonagh to Knockalisheen road – the first part of the Northern Distributor Road – the building of which is now underway.

The Sinn Fein man said: “The Green Party tried to torpedo the Coonagh-Knockalisheen Road because they didn't want the second section of that road which is the Northern Distributor. It was the community in Moyross who demanded [the U-turn] and I hope the business community and the people in Corbally, Rhebogue, South East Clare, Castletroy and Annacotty run a similar campaign to demand they have the road which will free up traffic and infrastructure.”

The City TD said the distributor represents “a critical piece of infrastructure”.