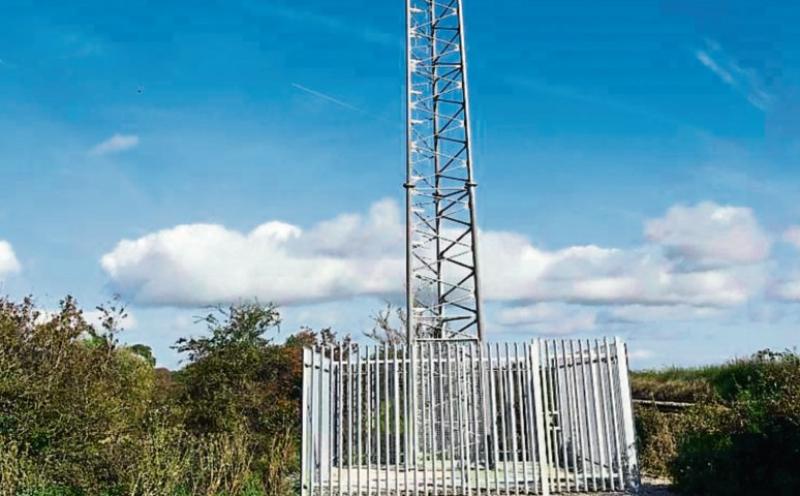 The mast was erected at Fantstown, outside Kilmallock last weekend

AN investigation is underway as to how and why a mast was erected overnight in Fantstown, outside Kilmallock, to the great surprise of local residents.

According to one local who contacted the Limerick Leader on behalf of his concerned neighbours, locals were “shocked and dismayed” to wake up on Saturday morning last to find a mast, approximately 100 feet high, on the site of Fantstown Level Crossing, a few miles from Kilmallock.

He claimed that the mast was erected under darkness between the hours of 10pm last Friday night and 2am on Saturday morning.

“It is a major feature and eyesore on the scenic landscape of the area,” the man declared. 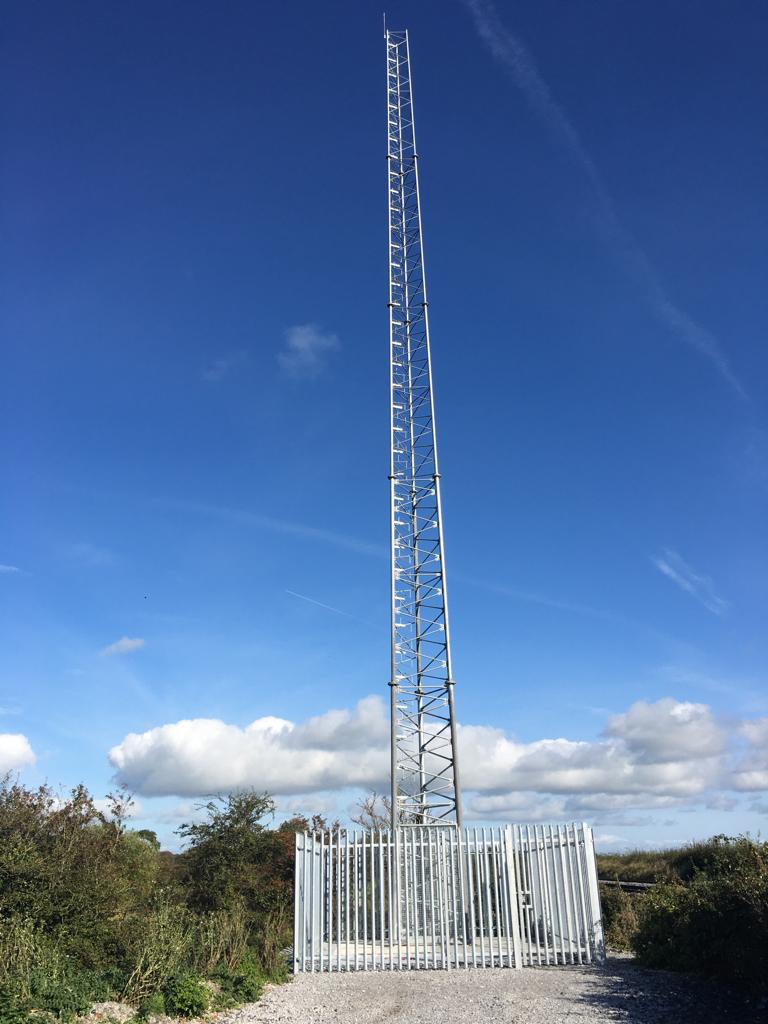 Local Fianna Fáil councillor Mike Donegan said that a foundation had been put in and equipment had arrived to the location prior to last weekend.

However, he continued, it was not acceptable that lorries with floodlights would turn up in the middle of the night to do work.

“This is a rural area,” he said, adding that many of the local residents were elderly.

“If they had to do it in the middle of the night, they should have contacted the residents,” he said.

But he added: “We don’t have the full story.” It was possible that the mast was exempted development, he said, and as yet, it was not known who owned and/or erected it.

The Enforcement Section of Limerick City and County Council was informed about the mast on Monday and is now investigating the matter.

Normally, masts of 30metres or more require planning permission, the Limerick Leader was told but for masts up to 15 metres a license can be obtained.

Enforcement Officer Seán Moran explained that on foot of the complaint, they would inspect the site, find out the purpose of the mast and carry out an investigation.

In a statement issued this Wednesday, a council spokesman said: “As of now, we would be of the opinion that the development is exempted.”

Citing Planning and Development Regulations relating to 'statutory undertakers’, the spokesperson added: “We are currently seeking clarification from Irish Rail in this regard. The response of Irish Rail will inform the progression of the enforcement case."