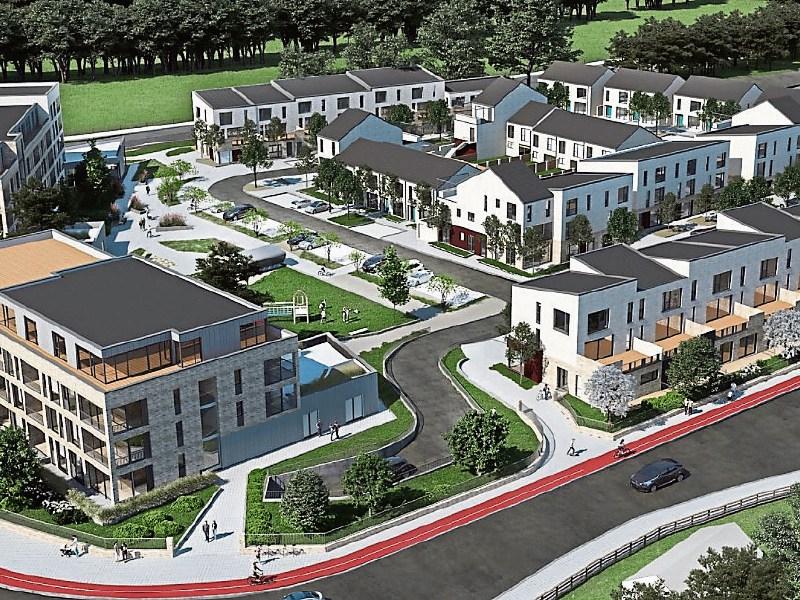 AN Bord Pleanála has granted planning permission for a major housing development on the outskirts of Limerick city.

The proposed development of 137 units at Walker's Lane, Annacotty was previously refused and the renewed application  attracted a number of objections from local residents.

However, Regal Park Developments Limited has now been given the green light for the multi-million euro development subject to 29 conditions.

The development will see the constriction of 61 apartments, 51 duplexes and 25 houses at a site which is bordered by the Dublin Road and College Road.

Construction will take place in three separate phases and the development will also include the provision of communal and public open space including a playground facility. While not mandatory, a creche will be included if deemed necessary.

The developers had previously been refused permission for the project, with local residents expressing concern in relation to the size and scale of the development, and the impact it would have on local traffic.

In her report, planning inspector Lorraine Dockery acknowledges the development will introduce "new heights, built form and
streetscape into the area" but that she does not consider this to be a negative.

"While I acknowledge that there is an increase in intensity of development, over and above that previously permitted in the immediate area, I am of the opinion that the site has the capacity to generally absorb the level of development proposed."

Ms Dockery notes the proximity of the site to the Dublin Road and the ease of access to two local bus stops and other amenities such as schools and shopping centres.

Addressing concerns about the potential impact of the development on existing homes, the inspector said she does not believe it will be overbearing.

"I acknowledge that, without doubt, there will be a change in outlook as the site moves from its current greenfield nature to that accommodating a higher density development, such as that proposed. This is not necessarily a negative. I am cognisant of the relationship of the proposed development to neighbouring dwellings. In my opinion, a sufficient distance is being maintained from existing properties to ensure that any impacts are in line with what might be expected in an area such as this," she states.

A total of 183 parking spaces are to be provided (61 underground) and at least 10% must include charge points for electric vehicles. 120 bicycle spaces are also included in the plans.

Agreeing with the recommendation of its inspector, An Bord Pleanála directed that revised details should be provided and agreed with regard to bicycle and pedestrian connectivity to the Dublin road from the development before construction begins.

One of the conditions attached to the permission requires that the boundary walls at the rear of the properties are concrete and that privacy screens are installed between the apartment balconies.

A suitably-qualified ecologist must be retained by the developer and a 'bat conservation plan' must be submitted before construction begins.

According to the planning documents, the developer has agreed to hand over 14 of the new units to Limerick City and County Council once they are complete.