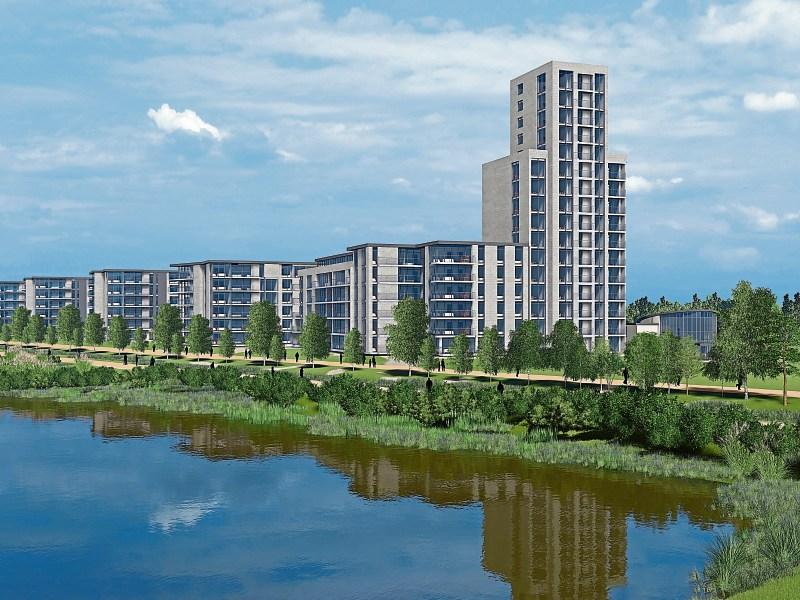 A PLANNING application for a massive new housing estate in the city is to be submitted to An Bord Pleanala – with almost 450 homes proposed.

Revington Developments has announced its intention to seek planning permission from the national appeals body to construct a mammoth new mixed-use housing development on a four-acre site along the Canal Bank, and bordering the Pa Healy Road in Rhebogue.

A total of 442 units are being planned, comprising 363 build-to-rent apartments in a mix of studio, one bedroom and two bedrooms.

There will be 61 student apartments, in a mix of two, three and four bedrooms, totalling 189 student bed spaces.

And there will be 18 dwelling houses as part of the huge proposal, which has been described by local councillor Kieran O’Hanlon as “transformational” and “a great idea to bring life back to the area.”

As well as the housing, the development will also include a cafe, three retail units, a creche and management facilities.

The planning application shows that 12 separate parts, with the student building stepped from three to six storeys.

Six other blocks will contain the apartments – with the size of each stretching between five and 11 storeys, while there will be 18 executive houses.

A warehouse will be demolished to make way for the development, should An Bord Pleanala give the green light.

Cllr O’Hanlon said: “That land is lying derelict for what feels like forever. What I’d like to see is life back on the canal itself. It would bring a lot of people back to using the canal and the banks of the canal. I’ve been in many European cities where they have apartments facing on a canal.”

He did express concern about traffic, saying the city has reached “breaking point” with the number of cars.

“At present, the people in Rhebogue, where there is already 2,000 people, are finding it extremely difficult to get out onto the Dublin Road due to the timing of the traffic lights. Occasionally on the Pa Healy Road you would see cars backed up from the Dublin Road. So there needs to be a serious look at this,” he said.

Earlier this year, the Limerick Leader revealed plans for 303 apartments on the same site. Now it appears that number has risen.