Don't Mind Me: Ploughing ahead in a post-Brexit world 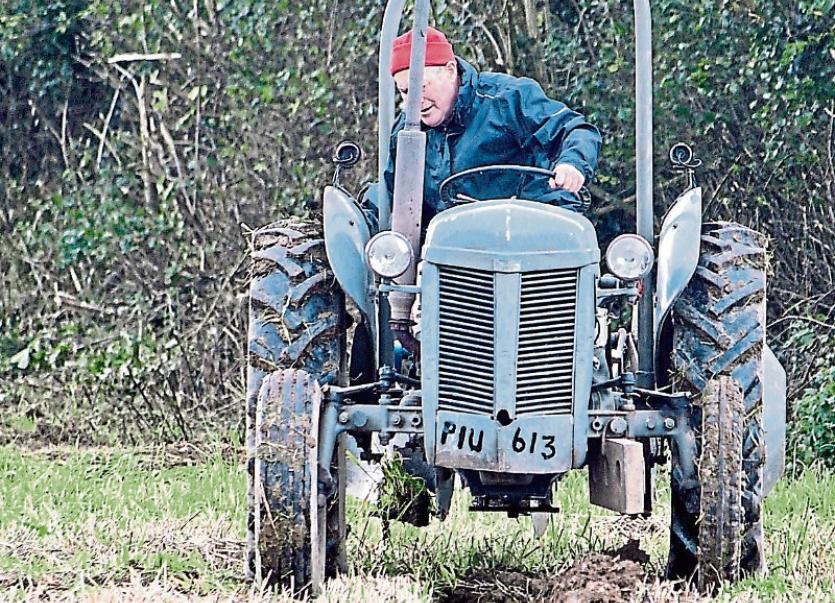 If prices rise too much after Brexit, we will have to bring back compulsory tillage

THE hungry fiend is screaming the Apocalypse of clay again in every corner of the land - to borrow a phrase from Patrick Kavanagh. Why do I say that, seeing that we were never so well fed? But, according to the experts, we may not even be able to afford the grocery bill in the event of a no-deal Brexit. We could end up famished, God forbid, unless Britain changes her mind. Otherwise we’ll have to re-introduce compulsory tillage, á la the ‘Emergency’.

I’m writing this in the middle of the National Ploughing Championships, to which the whole country seems to have flocked, and it’s very re-assuring, to say the least, to see that we haven’t lost touch with the soil and we still know how to turn the sod. The trouble is, I don’t know anyone who ploughs anymore and I certainly don’t know anyone who goes to the Ploughing to watch the Ploughing contests specifically.

This is a great pity, because the skill of the ploughman or plough woman is a joy to behold. Actually, it should be an Olympic sport. How they can produce a dead straight furrow is beyond me because I can’t drive into a parking space without taking up half the adjoining space as well.

Maybe I’m spatially challenged, but I like to think it’s because I prefer higgledy-piggledy and sometimes the Tidy Towns’ competition unnerves me. But I wouldn’t even dream of ploughing a field in case it came out in mad curls and people would be taking aerial shots, thinking that aliens had landed, leaving a crazy design in the cabbage patch.

That said, I may have to conquer my fears and learn how to cultivate the soil, if I’m to survive in the hungry post-Brexit period. The average grocery bill, it seems, is set to soar by €20 a week, which will certainly take all the good out of the extra fiver in the old age pension. Bread, milk, cheese and eggs imported from the UK will rise by up to 50 cents per item, economists warn. The two litre carton of milk will go from €1.70c to €2.48. Goji berries and Weetabix will be scarcer than Caviar, not to talk of the proverbial hen’s teeth.

I’m alarmed, I have to say, but at the same time, I’m deeply puzzled. I thought we produced enough bread, milk, cheese, meat and eggs here to keep the nation marching on its stomach without having to rely on our neighbours across the water. Actually I thought we had enough left over to feed the world if the EU and the World Trade Organisation would let us.

But surely a 46 cent price hike for a litre of milk and 27c extra for a pot of honey is not on in a country literally flowing with milk and honey? And does a 30c hike in the cost of bread and cereal, as forecast by the ESRI, mean that I can now open my own bakery and make a fortune in post Brexit sliced pans without having to be inspected by Bord Bia? I might even keep hens again and sell eggs for pin-money if the stringent regulations are relaxed to cope with the coming food shortages.

Maybe I’m over-reacting, but the only answer I could get from the experts to explain the paradoxes and anomalies of the predicted price rises in basic food stuffs is that it will be “the result of complexities in the supply chain”. Now I can understand that in the case of the Goji berries and the Weetabix, but what’s so complex about the supply chain of milk, bread, butter, eggs, cheese and fish? Unless, of course, we’re importing an awful lot of milk, bread, butter, eggs, cheese and fish from the UK. And if we are, then we deserve what’s coming to us.

In which case too, what we need most now – apart from the obvious ploy of persuading the UK to re-run the Brexit referendum – is to produce more people who can plough a straight furrow while the rest of us takes the same interest in the expert breaking of the soil at the Ploughing as we already take in the multiplicity of attractions on the side lines.

We should give serious thought to bringing back compulsory tillage and making urban dwellers and public servants help with the harvest as Dev did during the War. I can’t wait to see Willie O’Dea opening a furrow, while Leo mans the threshing mill and Paschal Donoghue picks the spuds. Can you?