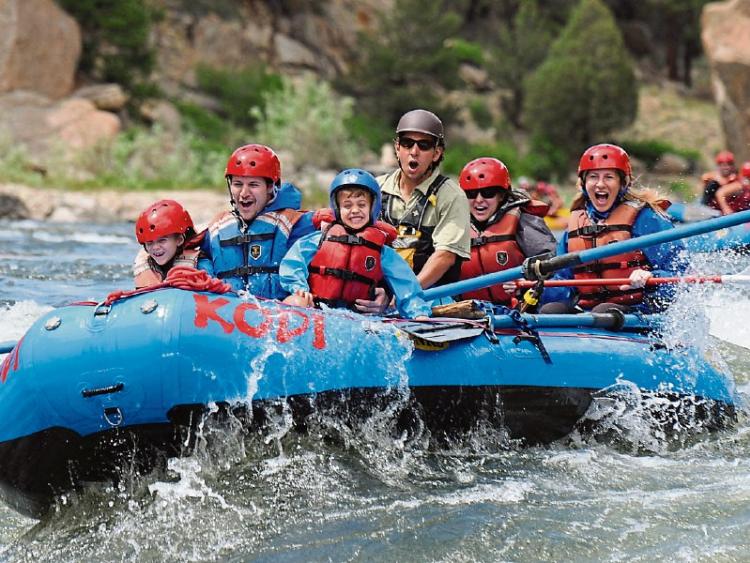 WHETHER the summer is over or not –and some people seem to think that it will last forever - the evenings are drawing in and the kids will be back at school in a week or two, most of them absolutely knackered after a long hot couple of months of frenetic activity. If they haven’t been to two or three summer camps with the now almost obligatory Irish college stint thrown in, they’ve been on a family holiday with snorkelling on the menu for breakfast, mountaineering for dinner and big game hunting for supper.

If anyone needs a holiday now, they do!

Even those who did manage to find a few minutes to cosy up to their smart phones during the summer, didn’t have any time, as the poet said, ‘to stand and stare’. The sad thing is that they wouldn’t even know how to do that anymore without looking lost.

Doing nothing at all for the whole summer and lazing away those carefree childhood hours under ‘a haycock in July’ is no longer an option. But it could be a luxury if we had the foresight to allow our children to indulge it. Unfortunately, idleness, especially in children, isn’t tolerated anymore. Their world, including their holidays, has become a rollercoaster of activity. ‘Keep them Active’ is the new mantra and the devil must be particularly frustrated, not seeing an idle hand anywhere for his work. But, you know what? This new philosophy upsets and offends my inner corner-girl. Being a child layabout, with an ingrained disinclination to do anything at all, apart from climbing the odd tree and watching the world go by, is still one of my enduring childhood memories.

The trouble is that the long summer holidays are now viewed by most parents as something of an unwelcome intrusion in the strictly structured development of their offspring. Something - preferably something outdoors and sporty, but educational would be fine too – must be laid on for Johnny and Mary, lest they succumb to the horrors of boredom and tedium and lose the run of themselves. The fact that being bored is part of normal life, and that learning how to cope with tedium and dreariness might be a far more valuable lesson for the hectic world of imminent adulthood, is entirely lost on them.

I won’t say that I spent all my school holidays in a complete state of blissful indolence, but time took no measure at all for most of those leisure filled days. Some of us helped out in the meadow during the hay saving; others went to the bog and yet others did some of the milking in the mornings and evenings, but mostly we were happy loafers and none of us ever really felt the need to ‘kill time’.

But kids are different now. They wilt before our eyes if they have nothing to do. They must be kept occupied all the time and their days must be programmed to within an inch of the back-to-school signal. Some of them, to my utter astonishment can’t wait to get back to the classroom and away from the tedium of a long drawn-out summer break where, in the end, activity options were running scarce.

I don’t know what to make of them, to be honest. Like their parents, they can’t tolerate idleness, and the notion of doing nothing is anathema to them. So much so that one of my own childhood heroes, Holden Caulfield is no longer their hero. How could they pay homage to such a lazy, good- for-nothing waster after spending their own summer holidays on an action-packed merry-go-round?

For all we know the future of humanity could be at stake if we don’t teach our kids how to switch off. We can’t go on forever trying to fill their days when school is out. We should take a leaf from the essay Bertrand Russell wrote for Harper Magazine nearly 90 years ago ‘In Praise of Idleness’ where he said that if he could persuade the YMCA leaders to start a campaign to induce good young men to do nothing, he himself would not have lived in vain.

But even I have to admit that a whole summer of uninterrupted idleness can’t have been good for me, because, to this day, August invariably fills me with undue angst. I don’t think it has anything to do with the weather or the nights closing in. I think it’s because I’ve never really managed to shake off the ominous ‘back to school’ feeling that marked the end of my carefree, laid-back, summer days, when I had to rely on my own resources for whatever entertainment I needed – and that wasn’t much. I haven’t been back to school for over 50 years, so you’d think I’d have got over it by now!