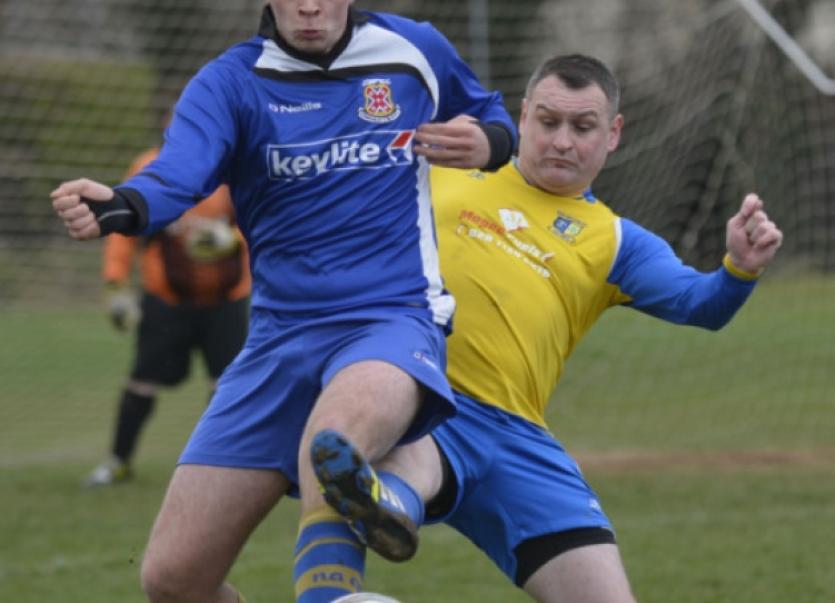 Pat Sheehan previews the weekend LDMC action as clubs hope for a return to regular action.

Pat Sheehan previews the weekend LDMC action as clubs hope for a return to regular action.

Junior Soccer fans in Limerick must be wondering are we ever going to get back to normality following the recent storms.

Hopes are high that this weekend will bring more luck on that front as Janesboro host Waterford side St Saviours in the Munster Junior Cup chasing a quarter-final date with Ballynanty Rovers as a prize.

The Limerick side were half way to Waterford last weekend when word filtered in that Saints venue was unplayable and they are hoping their first game in over a month will get the green light.

St Saviours went down 3-1 to Carrick in their last game but that will all count for nothing come Sunday.

With Shane Clarke, Mike O’Gorman and Shane Waters ‘Boro have some of the best players in the province so hopefully they can carry the side forward to the second all Limerick quarter final.

Geraldines have a chance to close the gap on leaders Pike Rovers but may find things a little sticky. They visit a Balla side who like the Dines are on the crest of a wave at present. A clash of the two form sides in town could well produce a thriller while Fairview Rangers take on a Wembley Rvs side clinging to survival by a thread.

In the Lawson Cup Aisling will hardly be looking forward to Saturday’s visit of Pike Rovers as they have had little luck against the Hoops this season. The sides met a couple of weeks back when Pike hit four without reply. Aisling were short a few on that occasion and manager Mike McCarthy will be hoping for a better showing this time around.

The other all-Premier game pits Granville Rangers v Corbally Utd in Glenbrook. Both sides will be keen to get back to playing and may enjoy a break from the survival fight in the Premier League.

In the other Lawson Cup game Croom Utd play Newport.

In the FAI Youth Cup Regional Utd and Aisling Annacotty carry Limerick hopes in their home games versus Cherry Orchard and Leeds of Cork respectively.

The second semi final in the Tuohy Cup takes place tomorrow (Thursday) evening with Summerville Rovers and Ballynanty Rovers battling it out to take on Pike Rovers in the Premier League Divisional Cup final.

Balla are on the crest of a 19 game unbeaten run and their confidence is building game after game.

After reaching the FAI Junior Cup quarter-finals, Balla followed up last weekend with a penalty shoot out win over Nenagh to reach the same stage of the Munster Junior Cup. However they will be conscious that in two meetings with Summerville this season they have just a point to show for their troubles.

In the first game of the season Summerville shocked Balla 5-1 in Shelbourne Park and before Christmas the sides met again and finished 3-3.

It should prove an exciting affair with the winners facing a cup final St Patricks weekend.