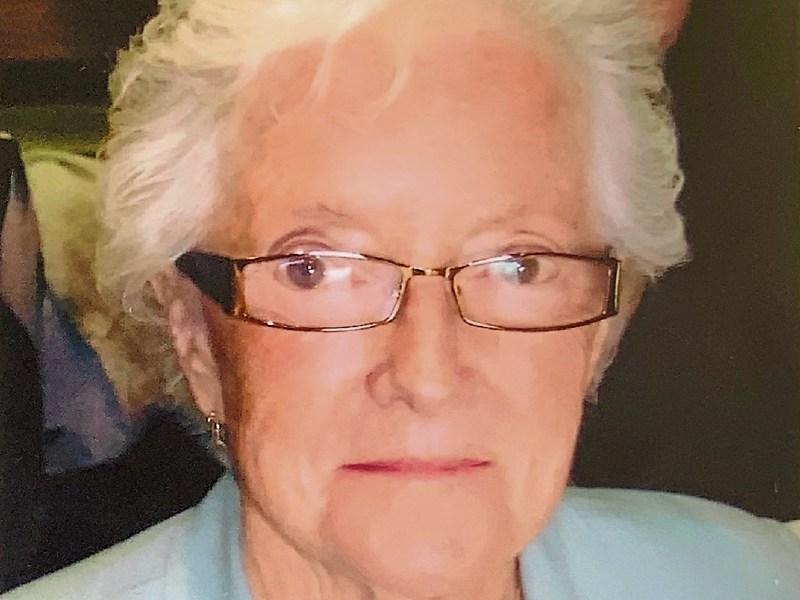 Lil Stack, née Danaher - May she rest in peace

Her death marked the end of an era, as she was the last surviving member of the seven strong Danaher family in Knocknaboula, Loughill.

In 1930. Lil was born on a dairy and mixed farm in Knocknaboula. She was one of five, which included her brother, Jimmy, a farmer, three sisters – Anna, Emilian and Roberta, who became religious sisters in the Little Company of Mary, working in the medical sector throughout Ireland and abroad.

Speaking at her Funeral Mass in St Mary’s Church Tarbert, the chief celebrant, Ballybunion parish priest, Seán Hanafin, said Lil had led a very “fruitful life” and was a caring mother to five children and 14 grandchildren.

In line with the local custom at the time, Fr Hanafin recalled a few weeks after Lil was born, she was brought to Our Lady of the Wayside Church, Loughill and baptised into the Catholic Church.

He said Lil went to her local school and went to London after she became ill where she was looked after by her uncle, Fr Joe Danaher.

When Lil got well, he said she came home and went to Moyvane where she helped a cousin who was just after having a baby.

While she was in Moyvane, she met her future, husband, Mick Stack, a local butcher, and this relationship blossomed, which resulted in marriage and a new home in Tieraclea, Tarbert.

The couple had five children, but experienced the devastating blow of losing their infant son in tragic circumstances.

Fr Hanafin pointed out this happened at a time when there wasn’t much personal help available for anybody such as counselling or other therapy.

“Lil lived for her family. She was a fantastic home maker and cook. Everything was home made, the bread, scones, the tart. I believe the hospitality in Bayview has been mentioned with great fondness to you (family members) since she died.

“Lil loved her style and her clothes. She looked after her inner self very well. She was grounded in the book of the psalms, and attended a lot of self-development programmes with Fr Pat Murray.

Mick, who was a managing director of Listowel Livestock Mart, died 22 years ago. This loss, Fr Hanafin said, left Lil even more committed to her four children and 14 grandchildren.

It also gave her time to pursuing one of her passions exploring different countries, travelling extensively to numerous locations in New Zealand, Australia, the United States of America, Africa and Cuba.

Addressing the congregation at her Funeral Mass, her son, Edward, said it was his mother’s expressed wish, there would be no eulogy, having stated before she died “anyone who knows me well enough doesn’t need to be reminded of my personality or the values that I stood for.”

“On behalf of all her immediate and extended family, suffice to say she was a wonderful wife, mother, and grandmother who was dearly loved and who we will miss very much.

“We were privileged to have her caring influence for such an extended period of our lives. We were lucky to be able to care for her in our homes over the last number of years. I would like to thank Cathríona, Pat and family for looking after our mother for the last 20 months of her life,” he said.

She was predeceased by her sisters - Sr Emilian, Sr Roberta and Sr Anna, Little Company of Mary, and her brother, Jimmy.