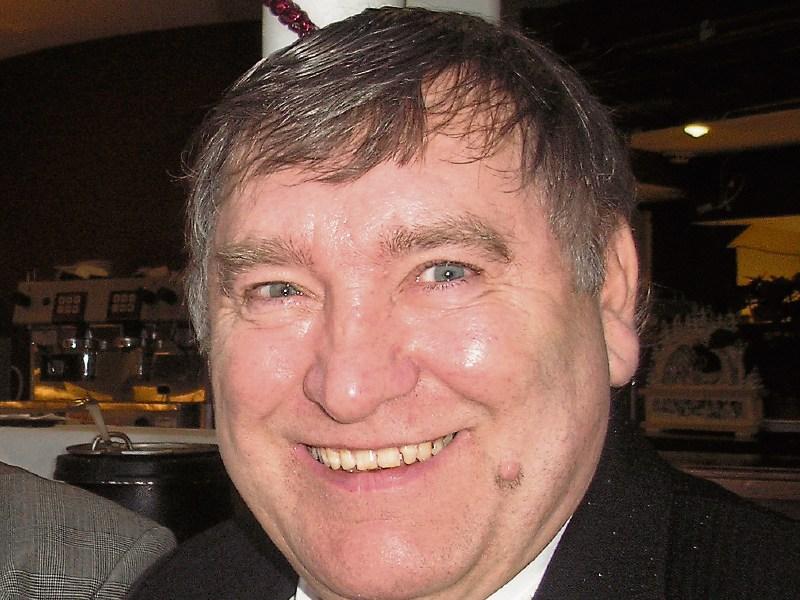 WHEN Conrad Slater set up Mulcair Men’s Shed last year the only stipulations to join were: “To share and share alike, each to his own abilities, in a kind honest and respectful manner for the good of the whole group, and that of the community around us”.

Those words can be applied to the way Conrad lived his own life.

Late of Ashroe, Murroe, he passed away peacefully in Milford Care Centre on January 10 following a short illness.

Born in Leeds in 1949, to Arthur and Edna (nee Walters) Slater, Conrad was the youngest of eight children. As a child he visited Limerick city on numerous occasions. As an adult he moved over to Limerick with his young family after getting an exceptional job offer, whilst he was on holiday.

He later visited the county, noticing a cottage for sale on the border of Limerick and Tipperary, near to the the Clare Glens, and decided to buy it. He and his wife Catherine (nee Jewell) raised eight children, four boys and four girls in this home.

Conrad had trained as an auto-electrician in England, these skills translated over the Irish Sea and he soon became known as someone to take your vehicle of any size and description to. Conrad would work his magic, looking for very little in return.

Indeed, he was the go-to man with your car or tractor when main dealers and experts had failed to solve electrical problems.

In 1989, Conrad shaved a beard he wore for sixteen years for People in Need in front of a large crowd in the Square in Newport. He loved art and was an avid painter, he had his paintings exhibited in the Belltable, and his paintings and murals donned nearly every wall in his house.

He also was a member of Thomond Toastmasters, rising up through the ranks to become area governor.

As chairman, Conrad was the driving force behind setting up Mulcair Men’s Shed last year.

Fellow member, Liam Lynch said after his death, "Conrad's drive, focus and ambition for our shed will be sadly missed".

In his address at their open day in August, Conrad said: “As you must already know the men’s shed movement is growing in stature all over the world because they give men the dignity and self worth they deserve, in this, their well-being and that of others around them is enhanced.

“By creating an atmosphere of sharing and caring while each one taking the responsibility for his actions. Our shedders equally own the shed, so what effects one effects us all. You can ask any of our members and fellow shedders here from other sheds, they will all tell you how men’s sheds have improved their lives.”

Conrad’s legacy lives on through Mulcair Men’s Shed and the difference it has and will make in the future to so many.

He is survived by his wife Catherine, six children and nine grandchildren.