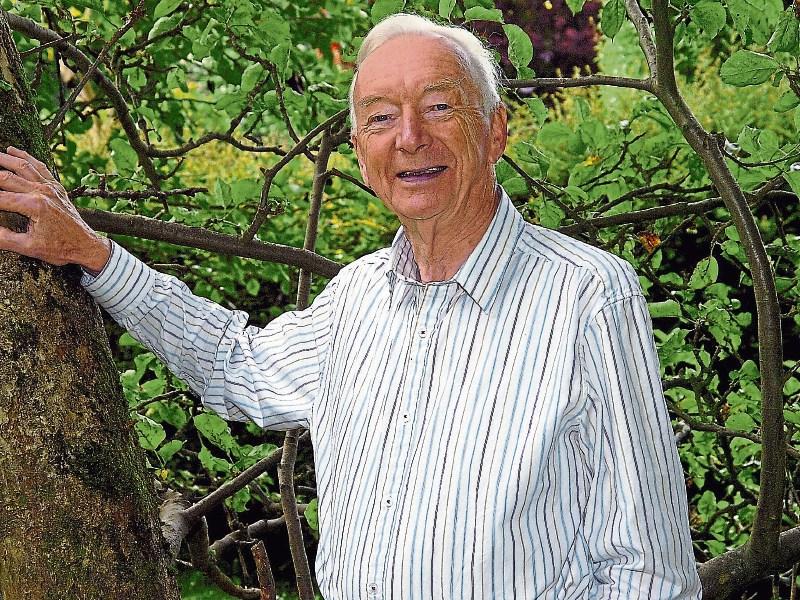 TONY Bromell was born in 1932 in St. John’s parish in the heart of Limerick city and moved with his family while still a child to Thomondgate which he regarded as his native place.

In his life he embodied key principles and values: a commitment to excellence in education at all levels, leadership in service to the public good and a devotion to the Irish language.

Born into a family steeped in the plastering trade in Limerick, Tony followed a different path.

He attended CBS Sexton Street for his formative secondary school years and one of his favourite memories was of playing the Duchess in Gilbert and Sullivan’s ‘The Gondoliers’ in 1946.

Having won scholarships from the Department of Education and from Limerick Corporation, Tony went on to study Irish, History and Mathematics at University College Galway earning a first class honours BA in 1954 and the HDip in Education in 1955 and qualified as a secondary school teacher.

He was offered a teaching job in CBS Sexton Street in Limerick where he taught until 1968.

Tony’s commitment to education was not confined to the classroom. He was elected president of the ASTI in two consecutive years 1966-8, and served for many years on the Limerick city Vocational Education Committee.

As chairman of that committee he was instrumental in signing the building contract for the Limerick Regional Technical College (now LIT) in 1973.

Passionately committed to making the opportunity of a university education more widely and equitably available, Tony was a founder member of the Limerick University Project Committee established in 1958.

This project culminated in the foundation of NIHE Limerick in 1973 and ultimately in the establishment of the University of Limerick in 1989.

In 1968 he was appointed to Mary Immaculate College Limerick as a lecturer in Irish and became registrar in 1970.

One of the first men to be employed by MIC as it became the first college of education in the state to become coed in 1969, he played a substantive role in the subsequent growth and progress of the college.

Tony was a key negotiator for the college when MIC became a recognized College of the National University of Ireland (NUI) in 1974 and offered the first three year BEd degree in Ireland.

In 1991, Tony again was an influential player in the negotiations with the University of Limerick which saw MIC academically linked with UL and expand to offer the BA degree in Liberal Arts in 1992.

For generations of students in Mary Immaculate College 1968-98, he was at once the face of authority, a ready source of succour and a wise counsellor in times of uncertainty.

Appointed to the Higher Education Authority in 1968, Tony remained a valued member of the HEA until 1982 and served as vice chairman from 1977 to 1982.

Nominated to the Senate of the National University of Ireland in 1982, Tony served for two five year terms.

Some of Tony’s leadership qualities were in evidence in UCG when as Reachtaire of the Cumann Éigse agus Seanchais he invited the then leader of the opposition Éamon De Valera to preside over the opening debate of Seachtain na Gaeilge in 1955.

A lifelong member of Fianna Fáil, he was elected to Limerick City Council in 1967 and remained a councilor until 1984.

During his time as a city councilor, Tony embraced a work ethic devoted to the common good and conducted himself as a man of principle and integrity.

Elected Mayor of Limerick in 1982, he conveyed to all, both in Limerick and on a wider stage, the dignity and esteem in which that high office of civic distinction should be held.

Elected as a Senator to Seanad Éireann in 1988 Tony’s qualities of distinction, in particular as a powerful and commanding speaker and orator, were much in evidence.

Tony’s ties with his previous places of employment were not severed when he left them.

He was a lifelong member of Cumann Céimithe na Gaillimhe and a former member of the College Association.

Tony was a key contributor to the oral history project (ULOHP) at the University of Limerick, which has created a digital archive recording the memories of those who were part of UL’s original foundation.

He was also a significant contributor to an oral history project at NUI Galway, in which he recalled, with great affection and “as Gaeilge”, his memories of his student days at UCG.

The Irish language has been an intrinsic part of who he was and what he stood for and it informed his life.

And Irish was the language he chose when writing a book of memoirs Rian mo chos ar ghaineamh an tsaoil which was published by Cló Iar-Chonnacht in 2006.

Tony’s exceptional contribution to the public service, in both educational and in wider national terms, reflect an impact on society that is more than a recounting of his influence on the various institutions and bodies of which he was a part.

He was an achiever and a leader, but one who did not lose sight of the person.

He was part of a generation who embraced the possibilities given to them by a newly independent state and who gave back, and expanded those opportunities for the generations that would follow.

He was a key player in the development and modernisation of the Irish education system, regarded as one of the best in the world.

Tony was predeceased in 1988 by his beloved wife Áine Ni Thuathaigh, and is survived by his children, Úna, Declan, Fionnuala and Éamonn and by his grandchildren, Éanna, Conor, Áine, Eva, Ailbhe and Oisín.