Limerick TD and minister has gone to gardai over ‘threats’ 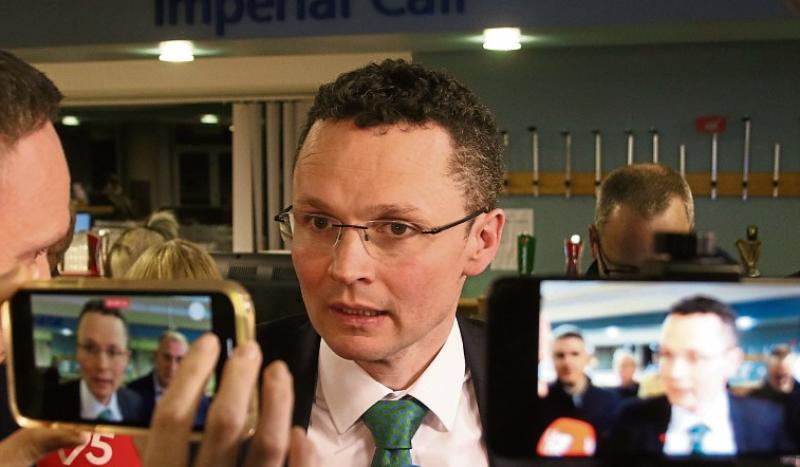 MINISTER Patrick O’Donovan believes it is a case of “when and not if something happens to a politician in this country”.

“I hope I never do see anything happen but hand on heart it wouldn’t surprise me if it does,” said Minister O’Donovan, who was speaking in the context of a gun threat made to the office of Sinn Féin TD last week.

He confirmed to the Leader that he has gone to the gardai over “threats”.

He is worried by what he believes has “become acceptable hate” both in political discourse and on social media.

“The advent of hate speech in politics – politics now in Ireland has reduced itself to the lowest common denominator. I have my political differences with people – I have no problem with that whatsoever – but you can’t have a normal debate now without it being aggressive and encapsulated in hate. No matter how trivial the discussion is, it is all roaring and shouting and debasing somebody.

“I can understand anger. I can often be very angry and emotive in a political debate but it is how hate has become part of the norm is what worries me. Every debate now in the Dail is how much hate you can spew, how much anger you can spew, how much is directed at your political opponent to make them a target of hate. Then when something happens outside their house you pretend you feel sorry about it,” said Minister O’Donovan.

It seems to be like a “pilgrimage” whose house is the next one to be targeted, he said.

The minister for the OPW also asks have social media companies responsibility to do more?

“What is accepted now online and what the online platforms have allowed to be published on their platforms against politicians in this country is nothing short of terrifying.

“What passes for normal correspondence online would not get through editorial checks in the Limerick Leader. There is no way the Leader would publish in the paper some of the comments that are published on a TD’s, councillor’s or a senator’s Facebook page. No way.

“Yet it can go ahead without any problem day in day out on political representatives’ Facebook pages. It is a very legitimate question for Facebook, Instagram, Twitter, all of them, why do they allow this? The damage they are causing to individual people is grossly unfair. It is going ahead unchecked and is inculcating that culture of hate in this country, something which I think is toxic.

“There will be wringing of hands and wiping of tears and gnashing of teeth when something happens and something will happen –  that is my fear,” said Minister O’Donovan.

He concluded: “What’s happening in this country is really, really worrying.”