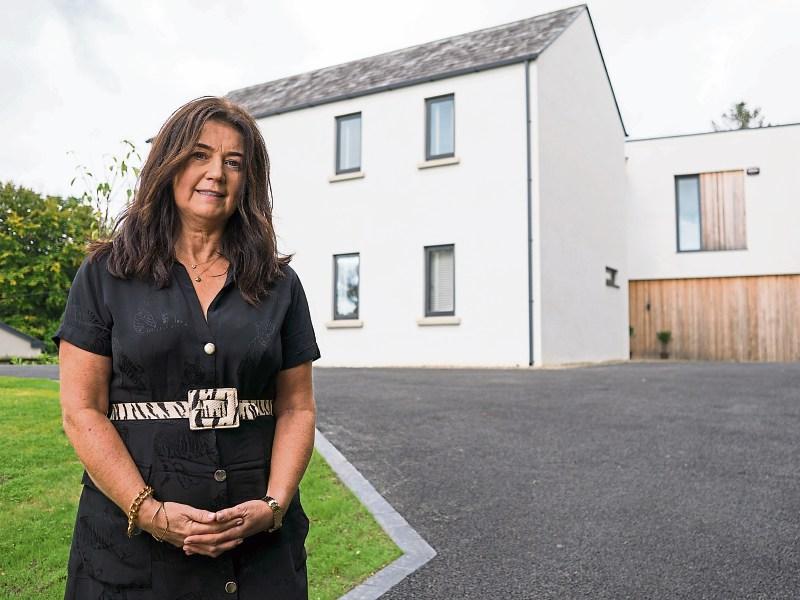 A LIMERICK architect is the mastermind behind the beautiful family home in County Clare which featured in the first episode of the latest series of RTÉ’s Home of the Year.

Shane O’Neill of North Circular Road, designed Trish O’Brien’s house which was one of three which featured in last Tuesday's programme.

Shane, who works with the architecture firm SONARC, got involved with Trish and her husband in 2016 when they contacted him to help design their house.

From there, they worked together on constructing the contemporary and sleek extension of the traditional farmhouse which viewers saw. With Trish being an interior designer, Shane said the process was very smooth as Trish already had great taste. "We collaborated really well as a team,” he said.

Shane brought a lot of the contemporary style to the house that we see in the show. He says he’s particularly proud of his idea of “the white box floating behind the distant farmhouse.”

Shane says that as an architect, you bring a certain level of design to a house that you wouldn’t otherwise have. This can certainly be seen in the show with the natural light seeping in through the glass panes and the stylised staircase connecting the old farmhouse to the new.

Although Shane was disappointed the house didn’t get through to the final, overall he was very happy with the judges’ comments. “They all had something positive to say about it”.

The house was given a lower score of 7 by new judge and Limerick native Suzie McAdam, but Shane was not disheartened by this. "The thing is with these kinds of shows, there are different opinions, different tastes and you can’t please everyone.”

Shane was particularly pleased with Amanda’s comments. Amanda Bone, one of the judges, took a shine to Trish’s home in the episode with this to say about the house. "It’s beautiful. I think it’s calm, restrained. The clean, modern form of the new extension echoes that of the existing house."

Amanda also thought it was “shocking” that the house didn’t get a higher score.

Shane is very pleased with the judges’ review of the house and to him the most important thing is that Trish is happy, “for me, the main thing is to get positive feedback from the clients. They’re the ones who engaged me to work for them and they’re happy with the project.”

Home of the Year air on RTÉ One at 8.30pm each Tuesday.