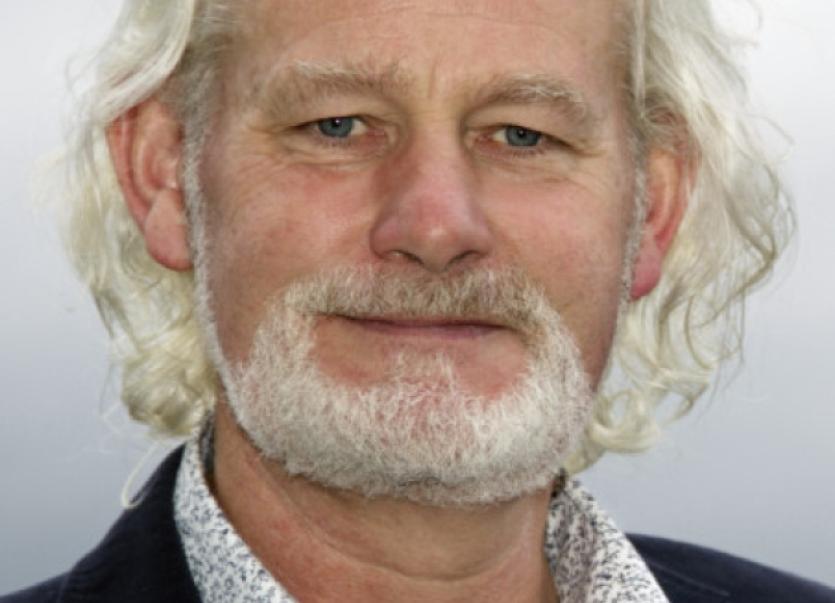 Born in Co Mayo, as a young child I loved to play cowboys and Indians amongst the old ruins.

Born in Co Mayo, as a young child I loved to play cowboys and Indians amongst the old ruins.

I, also, learned to play golf on the local nine-hole golf course constructed around the award winning Ballinrobe race course. Educated by the Christian Brother’s, at both primary and secondary level, I studied to be a primary teacher at Carysfort College of Education, in Blackrock. I, also, graduated with a BA from University College Dublin (UCD), where I helped to set up a new, experimental theatre company with some like-minded thespians.

There were no actors in my family but most of my relatives are ‘born actors’ and much better story-tellers than me.

I don’t remember ever thinking about becoming an actor but I did spend much of my childhood re-enacting stunts from my favourite movies. I will admit, though, that it never took much persuasion to get me up onto a stage with my first acting roles being in annual school musicals. Although, sport was always more important I continued to perform in amateur plays with a repertory company in Dublin. Finally, I took a course at the Gaiety School of Acting before taking ‘a leap of faith’ into the professional game.

Like a lot of actors, I am actually quite shy and definitely not an exhibitionist.

So I absolutely love being able to get lost in another character. It is especially pleasing (and challenging) when that character is brash, confident or outspoken. Indeed, I find it very satisfying to be able to explore the depths of whatever it is that is strangling him, and halting his progress. In fact, the audience might well recognise themselves in the role. Through the actor’s journey, they may well find a way out of their difficulties, or at least take some solace from the knowledge, that they are not alone in their suffering.

When I left secondary school, there was nowhere to train as an actor in Ireland.

Now, there are countless acting schools, colleges, academies and factories turning out hundreds of actors annually. Sadly, we are too small a country to be able to support these numbers. While the proliferation of large-scale international productions has helped our actors’ employment prospects greatly, they rarely offer contracts that are long-term or lucrative enough to earn a living. Shows like Fair City and Red Rock are great resources in this regard. That said, only a select few are able to make a living solely from acting in Ireland, and that gets more difficult as you get older.

I had been ill and ‘out of the business’ for over a year. Luckily, I went to the Irish Writers’ Centre in Dublin to accept a prize (for a one-act play I had written) from John Lynch, the director of the centre and producer of Fair City. I had worked with John several years earlier and decided to audition for the part of Leo, which went to my good friend Dave Duffy. Nevertheless, John wrote back to me, and said that there were a couple of other parts coming-up later in the year, that he thought I would be suitable for. Eventually, I was offered the role of ‘Mike’ (Helen’s boyfriend and Paul’s nemesis). I couldn’t have asked for a better introduction to the show, working with my old mate Tony Tormey, and, my then favourite actress, Ciara Carroll.

As an actor, you live with two constant fears, unemployment and type-casting, so I took the decision to leave Fair City after ten terrific years.

I had some excellent story lines but things slowed down and the stories became less and less interesting. It was becoming like a ‘job’ and I felt that I was getting stale as an actor. However, like many, I didn’t see the recession coming. In retrospect, I must admit to missing the regular income but most of all I miss my friends, fellow actors and a terrific crew. However, I now have a new agent in London, which hopefully, will open a whole range of employment options. Indeed, my next appearance on TV will be in The Frankenstein Chronicles on ITV, this autumn. This is a new series starring Sean Bean. I play his defence barrister in a very dramatic final episode.

The idea for my latest one-man show, called Have A Heart, came from a casual discussion I had about organ donation with my wife.

She insisted that I should not donate my eyes, as she felt that if she ever met the recipient, she would ‘recognise’ them and have a Hitchcockesque moment. I felt compelled to research the area further and that is when I became aware of a phenomenon called ‘memory transplant’ (transferring personality characteristics to the host) which many transplant patients have spoken and written about. I was, also, heavily influenced by the novel, The Bridge, by the late Scottish writer, Iain Banks. In his novel, a successful architect is involved in a horrific car crash crossing the iconic Firth of Forth Bridge. He, then, finds himself in a coma and struggles to ‘wake up’. I use a very simple love story to explore these central themes while simultaneously looking at what can happen when the balance between the heart and head is upset. I play several parts in this solo-play, but the older character, called DJ, is a man who has always been ruled by his head. What happens if he receives a restless, irrepressible, young heart, on a mission?