Monument honouring John ‘The Bull’ Hayes to be erected 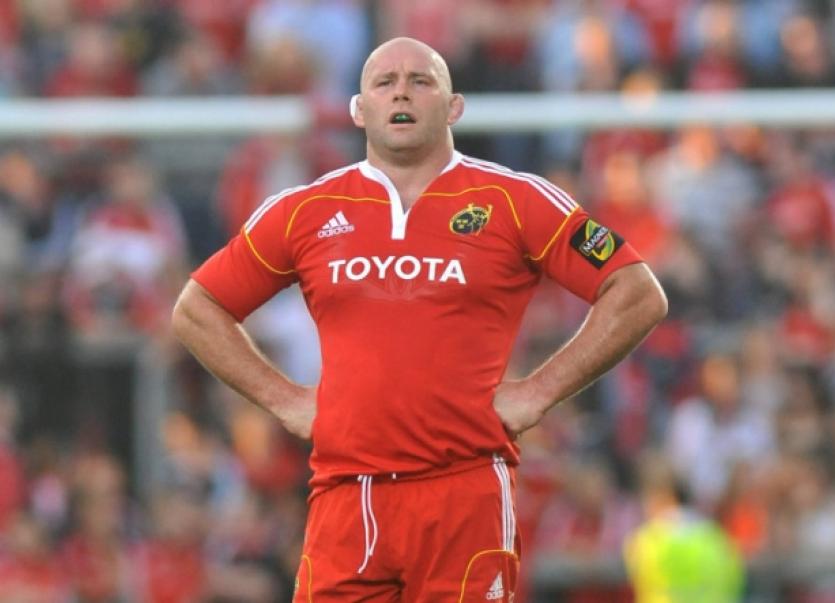 A LIMERICK blacksmith who made a sculpture for the Pope has now turned his attention to another infallible man – John Hayes.

A LIMERICK blacksmith who made a sculpture for the Pope has now turned his attention to another infallible man – John Hayes.

Work has just started on a unique monument to celebrate the sporting career of the Cappamore legend in his home village.

Eric O’Neill, who lives and teaches artist blacksmithing in Cappamore, came up with the idea after being approached to make a bench.

“Michael O’Connor, principal of East Limerick Centre for Further Education, is involved with the age action group. He came to me to design a bench for people in the village and I said, ‘Why don’t we make something special and dedicate it to John Hayes?’ John played 105 times for his country but there is no marker of that in Cappamore. He is a quiet man and wouldn’t look for any recognition but I thought it would be nice to do something. Michael was all for it and it went from there,” said Eric.

While he is keeping the artist impression under wraps, it is safe to say it won’t be an ordinary bench.

“It is a charging bull with a rugby bull on the back of the bench. The ball is underneath his feet - it looks like he is trying to get hold of it. The bench will be traditionally forged so you have a mixture of what you would expect to see in the village a hundred years ago with a modern piece of metalwork on top. The bull will be the centrepiece,” explained Eric, who made a sculpture for the Pope of one of his favourite devotions before Christmas. John was kept in the dark for months about his forged steel design.

“I met John at school one day where our children go. He said to me, ‘How are you getting on with the Pope?’ I was smiling to myself because I couldn’t tell him what was going on behind the scenes. I was saying to myself that he is next on the list!” said Eric.

When the notoriously modest John was told about the project he was understandably taken aback.

“I met with him last week to come up and see the design in the classroom before we started and he was pretty impressed with it. It was all systems  go then.

“He has an appreciation for it as well because he was a welder in his early twenties.

“I showed him what I was doing and he said, ‘Eric, I might come down for a lesson myself sometime’,” said Eric. The six-foot bench, which will be erected in concrete near the church in Cappamore, is being built under the Skills for Work decorative forging module.

Eric and six men in the programme will be making the “bull bench” over the next five weeks in East Limerick Centre for Further Education and Eric’s own forge.

“The skills for work programme gives people who maybe don’t have a great education better life and an array of skills. The six lads are mostly from metal backgrounds and always fancied doing a bit of forging but never had the opportunity.

“We are building a purpose built forge classroom - it will be the first in Ireland,” said Eric. Last week, Skills for Work, which they are a major part of in the Mid-West, won the national Aontas award and some of their work was in Dublin for the judging. So John’s piece is sure to be a work of art.

Eric has been teaching artist blacksmithing for four years in Cappamore with 100 students passing through his skilled hands.

“It is the only formal training that you can get in the country. We want to develop that further and give proper accreditation.

“We hope to have the first City & Guilds blacksmithing full-time course up and running in September,” Said Eric.

A great start has already been made on the bench with a lot of the main forging done. But if it isn’t completed in the next five weeks Eric won’t mind putting the extra hours in in his  forge.

“I’ve enjoyed the last 20 years of rugby. It is an honour to make something like that in steel in tribute to John and a game we all love here in Limerick,” said Eric.