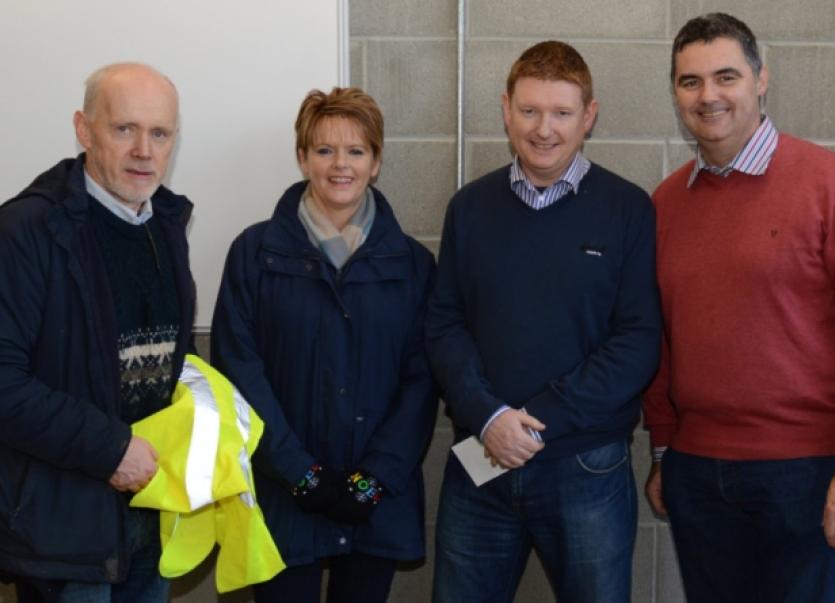 KIlmallock Tidy Towns are hosting an open evening next Tuesday to discuss their plans for the year and Team Limerick Clean-up but thoughts are sure to reflect on the past.

KIlmallock Tidy Towns are hosting an open evening next Tuesday to discuss their plans for the year and Team Limerick Clean-up but thoughts are sure to reflect on the past.

The group lost a long-standing member following the death of Billy Mulcahy on Monday.

“Kilmallock Tidy Towns would like to express our sincere sympathies to the Mulcahy family on the recent passing of our good friend Billy. For many years Billy was a stalwart volunteer who worked tirelessly with good humour and enthusiasm for his beloved Kilmallock. He will be sadly missed by his many friends in Kilmallock Tidy Towns. May he rest in peace,” said Paul Ferns.

Canon Willie Fitzmaurice also passed on his condolences to the Mulcahy family.

“He was a very popular and well known Kilmallock man. He was totally committed to Kilmallock,” said Canon Fitzmaurice.

Billy was very proud of all the Tidy Towns’ achievements in 2014.

This was a town-wide tidy up event involving local businesses, Kilmallock fire service of which Billy was late of, and national schools.

And when they plan Team Limerick Clean-up at 7.30pm on Tuesday, March 10 in the Deebert House Hotel Billy will be in the thoughts of everybody in the room.

Speaking before the sad news broke, Paul said the night will include a presentation from Geoff Hunt on Kilmallock’s native wildlife and Mary Hayes, Limerick City and County Council’s street/building painting programme.

“There is a great buzz around the place with the club in the All-Ireland final. We had trees sponsored last year from England and Australia. This information evening is really to kick on with further projects like Team Limerick Clean-up and ask people if they want to see anything else in the town that the Tidy Towns could push forward,” said Paul. All are welcome to attend. As well as cleaning up the environment on Good Friday they hope to put up historical and community images on vacant buildings.

Paul is originally from Kilmallock but left for Dublin and then London after completing his education, aged 17.

He returned to live in his home town after 30 years away in November 2013.

“I was involved with Tidy Towns when I was in school. When I came back I was asking, ‘What was happening?’ and the stock answer you will get anywhere you go and not just Kilmallock is, ‘There is nothing happening’ but I found out there were lots of things happening and I wanted to get involved. I am very passionate about community,” said Paul.

He has set up a company called Real Initiatives & Social Enterprise (RISE) with John Webb O’Rourke as a director. They are currently in the funding stage of the Grain Store project to be located on Wolfe Tone Street.

“The idea is to create Kilmallock as a tourist destination because we have such a wealth of heritage here but when somebody comes into town there isn’t anything joined up if a person wants to book a tour guide or where they can buy some local produce. We have 50 food producers in the Ballyhoura brand that don’t have an outlet,” said Paul. The Grain Store would become a hub to celebrate all that Kilmallock has to offer. Profits would go back into providing services and supporting groups like Tidy Towns.