Jan O’Sullivan rejects speculation she will bow out 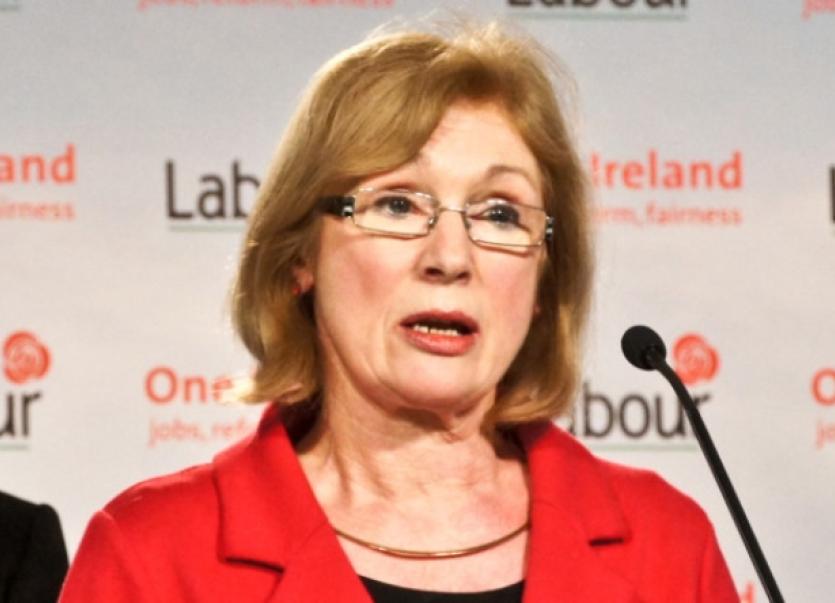 MINISTER Jan O’Sullivan has said that strong speculation from within her own party that she may not seek re-election in 2016 is “absolutely untrue”.

MINISTER Jan O’Sullivan has said that strong speculation from within her own party that she may not seek re-election in 2016 is “absolutely untrue”.

The long-serving Labour politician, who will turn 64 later this year, said “at this point in time I have every intention of contesting the general election”.

Sources in Labour in Limerick said this week that they expected that Minister O’Sullivan would bow out of politics when the government finishes its term in office.

“The problem Labour has now is who they will find to replace her, especially with the inroads Sinn Fein have been making,” one source said.

When the speculation was put to her this Wednesday, Minister O’Sullivan at first supposed they were rumours being put out by rivals in other parties.

But when told the reports were emanating from the Labour Party, she said she had never given such an impression to party members.

“Maybe people think that since I’ve been around for a while that that might be the case,” she said.

She could not think of what might have given rise to the speculation. “Maybe a casual remark might have been misinterpreted. But it is not true and I have every intention of contesting,” she said, adding she was “most definitely in the frame” for 2016.

When the latest changes to the Dail constituency boundaries – which will see former Limerick East areas such as Ballyneety, Caherconlish, Cappamore and Murroe reintegrated into the “city” constituency – were announced, Minister O’Sullivan said she was looking forward to going back into these areas.

With support for Labour in the polls nationally hovering around the 10% mark, some members fear that any real improvement in the economy might come too late to save the gains the party made in 2011.

Labour’s share of the vote nationally was 19.4% in 2011 but with Minister O’Sullivan and Cllr Joe Leddin both on the ticket, the party did better in Limerick City with 20.3%.

One source feared this support could collapse if Jan O’Sullivan decided not to run, given her personal popularity as a politician.

Discontent with Labour over welfare cuts could also cost the party in 2016.

“Labour unfortunately have been seen as not doing enough to protect the most vulnerable in our society and not fighting hard enough against what are basically the more right-wing policies of Fine Gael. The worry now must be that a lot of Labour’s support in Limerick will end up going to Sinn Fein in the next general election,” the source said.

The threat to the “Labour” seat is Limerick is most likely to come from Sinn Fein’s Cllr Maurice Quinlivan, who said this Wednesday he would be delighted to run for the Dail if selected by his party.

“I have contested two previous general elections and I very much hope to contest a third. I would be very hopeful of getting elected the next time out so I would be very interested in getting a nomination from the party,” Cllr Quinlivan said.

He added he saw “no reason” why two of the four seats in Limerick could not go to politicians from the left of the political spectrum and that he was determined Sinn Fein would take one of them.