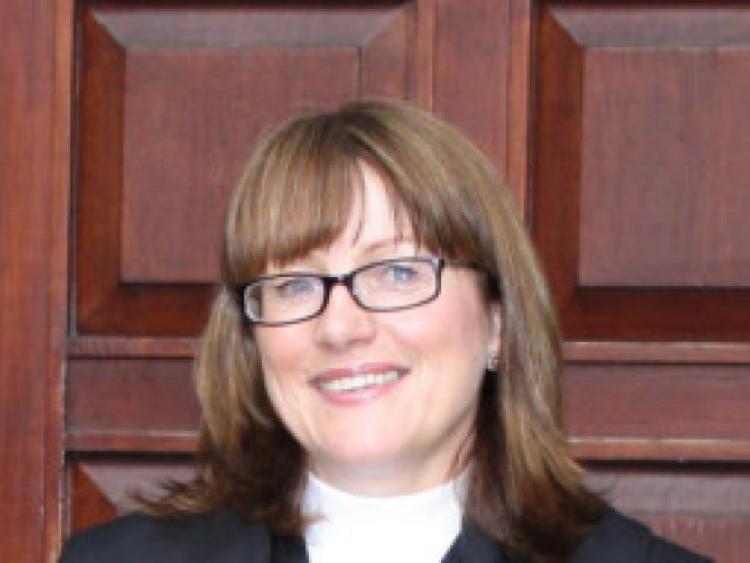 A NEWCASTLE West publican was accused of committing perjury in court while giving evidence against a 20-year-old man who he claimed had smashed his head against a window.

A NEWCASTLE West publican was accused of committing perjury in court while giving evidence against a 20-year-old man who he claimed had smashed his head against a window.

Robert Cronin admitted not telling the truth about a prison sentence he had served in the US for drugs offences while giving evidence against Ryan Joyce, of Lower Maiden Street, Newcastle West.

Joyce was charged with assault causing harm in the town in the early hours of May 14, 2012. Mr Cronin claimed that he was looking in the window of a pub when Joyce “bounced my head off the window”, causing a head injury that required 14 stitches.

However Joyce’s defence solicitor claimed that Mr Cronin was under the influence of drugs on the night, changed the story he gave to gardai, and lied under oath.

At Newcastle West Court last Friday Garda Yohan Hunt said that at 3am he was called to Mr Cronin’s house, where he saw that Mr Cronin had suffered a large cut on his forehead. Mr Cronin told him he cut his head after “he fell in town”.

However Garda Hunt said that a short time later, as he was bringing Mr Cronin to a doctor, Mr Cronin changed his version of events and claimed “he was jumped from behind, but did not want to make a complaint”.

The garda said that “on a number of occasions” in the following days he unsuccessfully tried to contact Mr Cronin to give a statement. On May 31, over two weeks later, Mr Cronin made an official complaint, claiming that he had been assaulted by Ryan Joyce.

On August 2 Joyce gave a statement to gardai in which he “admitted being in an altercation” with Mr Cronin that night, but denied causing Mr Cronin’s head injury.

In his statement, which was read into evidence, Joyce said that earlier that night in a nightclub there had been a minor incident in which he “brushed up against” Mr Cronin on the dance floor.

Later, as he was walking along nearby Church Street at approximately 2.30am, Joyce said he saw Mr Cronin standing outside a pub “knocking on the window, trying to get in”. Joyce said that another confrontation took place, and the pair “went eye-to-eye” and fell to the ground fighting. Door staff from the nearby nightclub separated the two, and Joyce left the scene.

Joyce claimed that a short time later he was walking down Maiden Street when Mr Cronin “jumped out of a taxi” and started “running towards me”. Joyce claimed that Mr Cronin had shouted “I do kickboxing” before tackling him, and the pair began to fight again. They stopped when they saw a garda van coming, and left the scene.

Under cross-examination by defence solicitor Charlie O’Connor, Garda Hunt said that no CCTV footage of the fight on Church Street was available, as the only nearby cameras are in The Square.

Photographs of Mr Cronin’s injuries, which showed a large gash on his head which required 14 stitches, were presented to the court.

Mr Cronin, giving evidence, said that he was walking past the pub on Church Street “when I saw a light on” inside. “I was looking in the window, and [Joyce] came up behind me. He bounced my head off the window”.

Mr Cronin said that he fell to the floor, and the pair started fighting. He said that he suffered a serious cut to his head, and had to take three weeks off from his work as a publican.

Mr Cronin said that later that night when he saw Joyce on Maiden Street he got out of his taxi and “asked him why he attacked me”.

Under cross-examination by Mr O’Connor, Mr Cronin denied that he had taken drugs on the night.

Mr O’Connor asked Mr Cronin if he has a history with drugs, or if he has served any prison sentences in connection with drug offences. Mr Cronin replied “no”.

Mr O’Connor then said “you just committed perjury”. Mr Cronin replied “that’s a different country”, referring to a past conviction in America.

Judge Mary Larkin reminded Mr Cronin that he was under oath, and that if he is lying he can be charged with perjury.

Mr O’Connor again asked Mr Cronin if he had served a prison sentence for drugs offences in America, to which he replied “yeah”.

When asked, Mr Cronin said “nothing happened in the nightclub”, and he had no knowledge of an incident with Joyce on the dance floor.

When asked if he and the accused have any history, Mr Cronin replied “from years ago ... his father and brother were in a fight, I intervened”.

Mr Cronin denied shouting “I do kickboxing” at Joyce on Maiden Street. When asked by Mr O’Connor, Mr Cronin admitted “I used to [do kickboxing] in Thailand”. Mr O’Connor replied: “How does [Joyce] know what you did in Thailand? Did he make it up?”

Mr O’Connor said “You were extremely under the influence of intoxicants ... and you lied under oath”

Mr O’Connor also reminded Mr Cronin that he first claimed to Garda Hunt that he had hit his head and fallen. “I never said that”, Mr Cronin replied. When asked if the garda was lying, Mr Cronin said “I can’t recall” what he told the garda.

Mr O’Connor asked for the case to be dismissed due to Mr Cronin’s “wholly unreliable evidence”. Mr O’Connor said that Mr Cronin was “willing and prepared to give evidence that was incorrect”.

He added that the formal charge states that Joyce had assaulted Mr Cronin in The Square, not Church Street.

Judge Larkin said that she had doubts about the case “on all kinds of grounds”, from the location of the alleged offence, to concerns about Mr Cronin’s evidence.

She dismissed the case against Joyce.