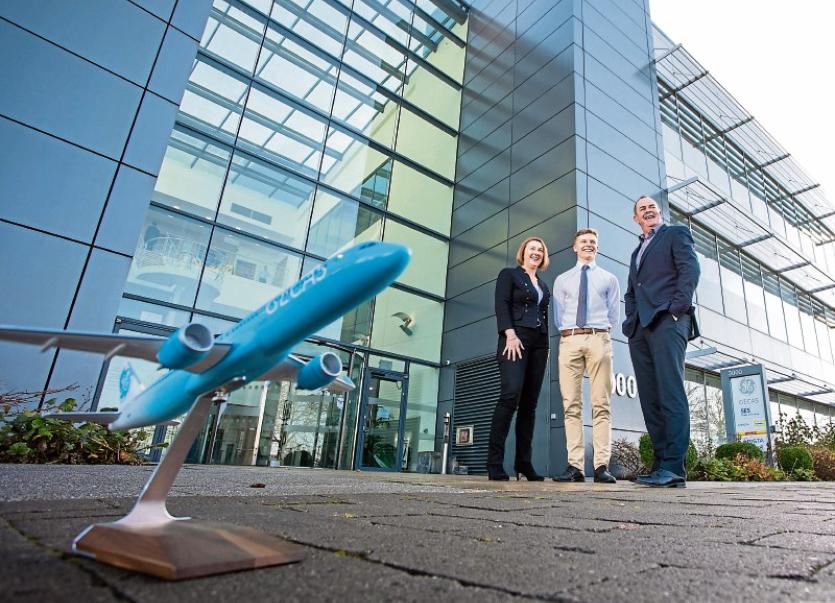 A LIMERICK student has been named the winner of a first-of-its-kind aviation innovation competition for his initiative which would help decrease the carbon footprint of the industry.

Callum Winship, a University of Limerick student from Herbertstown, was named the winner of the first ever AEROVATE aviation innovation competition.

Callum, who is in his third year of Aeronautical Engineering studies, won the top prize of €5,000 for his innovative submission AeroZero.

Launched by GECAS, a world-leading aviation lessor and financier, the competition challenged third-level University students to foster ideas that will help revolutionise the world of aviation, and that have the potential to develop into a real-life business opportunity.

Callum’s initiative, AeroZero, proposed to lower the net carbon emissions produced by aviation through offsets generated by a not-for-profit organisation.

This organisation, AeroZero, would in turn be responsible for producing and investing in green energy technology that could then be returned to the grid.

Speaking at the final, Eleanor O’Connell, GECAS’ Innovation leader said: “Aviation is ever more conscious of its responsibility towards the environment.

“At GECAS, we are investing in new technology aircraft and engines that produce significantly fewer emissions. Many of us now use carbon offsetting programmes when buying travel.

“What is interesting about Callum’s idea with AeroZero is that he has taken this concept one step further - seeking to ensure that funds generated are directly reinvested into the development of green energy technologies.

“Although we are still a considerable way from reasonable and scalable all-electric flight, AeroZero contributes to renewable electricity generation, thus laying the groundwork for the powering of a future all-electric aircraft fleet.”

“It’s a privilege to be invited to share new concepts with the likes of GECAS,” said Callum.

He added, “Having been selected as the winner gives me confidence not only is AeroZero a credible concept, but one that lessors might be able to put into effect, promoting carbon efficiencies and green technologies.”

There were also two runner-up ideas which received €1,000 each.

The second was by student pilots at IT Carlow, Tommaso Chiodi Brisinello, Emanuele Forcellini and Andrea Bonanno, for their innovative bird strike prevention concept, Avion.