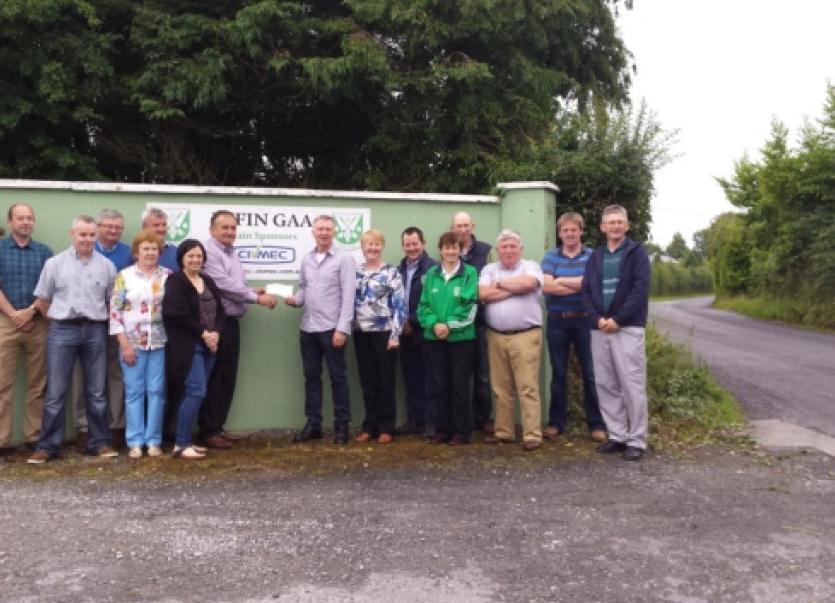 DUE to the economic downturn one rural County Limerick GAA club has had to look further afield for a sponsor – 15,000km further afield in fact, to Perth in Western Australia.

DUE to the economic downturn one rural County Limerick GAA club has had to look further afield for a sponsor – 15,000km further afield in fact, to Perth in Western Australia.

Effin GAA, a club of 120 members, has secured sponsorship for this season from a large construction and engineering services provider, Civmec, who are also currently working on Perth Stadium.

“For a club like Effin it’s very hard to get sponsorship here and for the last few years we had failed to get a sponsor,” explained Donal Kelly, club chairman.

“We are lucky that a guy by the name of James Finbarr Fitzgerald went to Australia and did well over there and he has given a good, big sponsorship to the club. His company Civmec is based in Australia and he is living in Australia,” he added.

Mr Fitzgerald who is originally from Newpark, Effin, is a founding member of the Civmec Group and has been with the company since its inception in July 2009. He has over 32 years experience in the civil, structural, mechanical, piping and insulation contracting sectors. He is now executive chairman of the Civmec board.

Civmec is currently delivering the Perth Stadium steelwork package contract, which involves the fabrication and site erection of steelwork on the stadium which will have seating for 60,000 people and is expected to be completed by late 2017.

“Finbarr played very little hurling himself - he went to Australia when he was very young but he always followed the progress of the club,” said Donal.

“This sponsorship is a new departure for us,” he added.

Meanwhile, Effin GAA are preparing to turn the sod on a new €200,000 development.

“We are starting a new sports complex - it is a huge development for us,” said Donal.

“We have a clubhouse and a stand at the moment. And we have the field itself which is in mighty condition. We are planning to seat the stand,” he added.

The existing clubhouse was built in the early 1990s. Two years ago they converted the old dressing rooms into a gym.

“We will keep the existing facilities. This is a new complex completely,” said Donal.

“The hall itself is 100 feet by 60 feet, for training, particularly young kids in the winter-time, and for other players in the bad weather. It will have a covered astroturf area. There will also be a covered hurling wall.

“For a club like Effin it is a huge undertaking. Over the last few years we have a camogie club formed - there is a huge interest in it and we have huge numbers coming to training so we hope to keep training for the young girls and boys going over the winter.”

The club has a senior team and a junior B hurling team and is amalgamated with Staker Wallace, and Blackrock GAA clubs for minor and underage.

“We will have to fundraise for the rest. It is exciting times. We hope to turn the first sod in around two weeks and we envisage that it will be completed three months from then - that’s what our builder tells us anyway.”

The first known records of Effin GAA go back to September 27, 1887 when Effin played in the Bruff senior hurling tournament.

Effin played for the first time ever in the senior hurling championship in 2012.