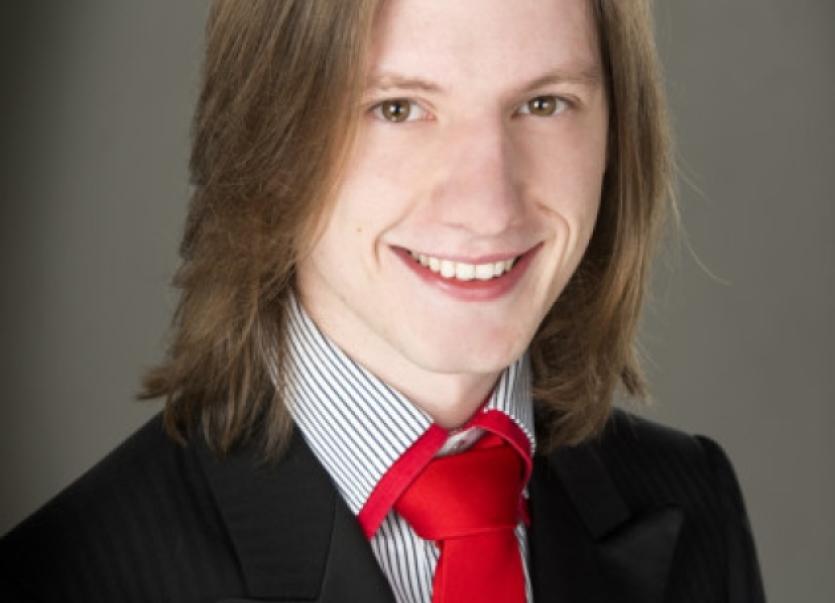 Born in Limerick I grew-up on the Mill Road in Corbally.

Born in Limerick I grew-up on the Mill Road in Corbally.

My early experiences were very positive and I got the opportunity to perform at the University Concert Hall (UCH), The Belltable, and most of Limerick’s fine churches and cathedrals. I attended Scoil Íde until third class, but then, moved to St. Philomena’s, because, at the time, they had a better musical programme. I got my first taste of the spotlight there, playing the part of ‘Fagin’ in Oliver and ‘Joseph’ in Joseph and His Amazing Technicolor Dreamcoat. I was sorry to hear recently that its doors had closed. I was very fond of Ann Beacom who produced all of our shows. She brought out the very best in us and nurtured some great local talent.

Both sides of my family were musical, although no one in my parent’s generation actually trained to a professional level.

For example, my father and his brothers were involved in Curragower Pipe Band and my cousins played traditional music. Indeed, that is why I took-up Irish dance originally. On my mum’s side, she and her siblings were involved in choirs growing-up and my grandparents’ generation boasted music teachers of the calibre of Dr. Anne Leahy. A special award was created to honour the latter in the Conservatory of Music and Drama at Dublin Institute of Technology (DIT).

My secondary education took place at Villiers but I did most of my musical training outside of school.

Self-teaching works up to a point but I don’t think that I have ever heard of a self-taught professional Opera singer. Although, I always wanted to be a singer I started out doing Irish dancing at Scoil Uí Ruairc and studied Suzuki violin with Patricia Vaughan. When I was only nine I began studying the piano with Shane Phelan and the following year met Olive Cowpar. Then, at twelve, I also took up the flute. However, it was when I met Olive that singing became more serious for me and I trained with her as a boy soprano until my voice broke at fifteen. Two years later, however, I returned to her as a young shaky Bass-Baritone.

Olive Cowpar greatly influenced my decision to choose Opera as a career.

She took me to my very first Opera La Bohème at The Belltable and taught me singing until I was 23. She was, always, so generous with her time and skills. I cannot imagine where I would be without her years of teaching and support. However, ultimately, I chose opera as a career because of its longevity. Producing your voice in a healthy manner means that you get to perform for many more years in comparison with other styles. Recently, however, I went to see the English National Opera’s production of the Sondheim musical Sweeney Todd and that is a role I would love to play someday. So, I am keeping all of my options open.

Deciding on singing as a career was tricky.

I remember wanting to be a singer more than anything else but was unsure if my voice was good enough for a career in Opera. When it came to filling out my CAO form I actually entered Music and English Literature at Trinity College Dublin and decided to keep-up my singing as an extracurricular activity. However, half-way through my undergraduate studies I decided that singing was absolutely what I wanted to do, and more importantly, I then felt confident enough to do it. When the thought of doing anything else for the rest of your life is unimaginable, you simply must enter the music industry.

Those who wish to work in the music industry should always be encouraged if it is for the right reasons.

If it is for the love of music and drama, yes of course, but alternatively, if it is for fame and fortune, then, maybe not, since that only comes to the rare few. The most difficult part of the business is time management. Most singers find themselves dragged in several directions at once, rehearsing in one place, auditioning in another, and working in yet another. They must, then, fit all their core learning and practice around these activities. That said, the music industry has been quite good to me over the last year or so. I have been lucky enough to be hired by Opera Theatre Company twice now in both Rigoletto (2015) and The Rise and Fall of the City of Mahagonny (2014). I also sung in Wide Open Opera’s production of Nixon in China last year and last November, I was a soloist in David Brophy’s Mozart Mass Concert Series. In March, I won the Bass Solo and the John McCormack Cup at Feis Ceoil Dublin, Ireland’s largest music festival.

Aged only twenty-five I don’t have a speciality, as of yet, however, I will remain a soloist.

Currently, I am finishing a Master’s Degree in Music Performance at the Conservatory of Music and Drama at DIT where I study with singing teacher Emmanuel Lawler and Répétiteur  Úna Hunt. Rigoletto is challenging because many of us really have had to step outside our comfort zone and try to embrace what may not be all that natural for us. It is, also, a production that is very physical and the director, Selina Cartmell, demands a lot from the cast on top of the singing. Rigoletto will be my first touring production, as thus far, I have been based out of Dublin. I’m not really sure what to expect, but, I am very excited about returning Limerick!