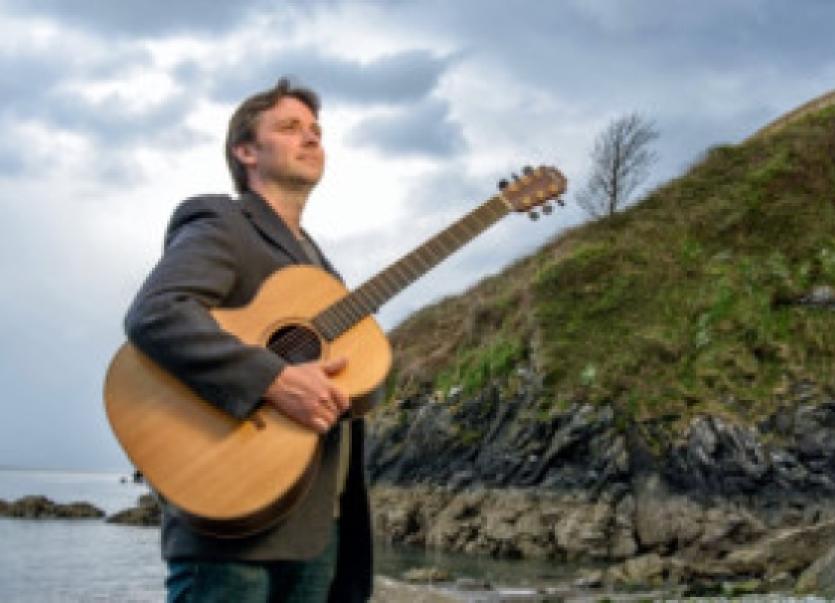 Born into a household, and community, steeped in music, after spending my early childhood in Canada and the USA, the family settled back in An Rinn, Co Waterford in 1983.

Born into a household, and community, steeped in music, after spending my early childhood in Canada and the USA, the family settled back in An Rinn, Co Waterford in 1983.

The Clancy Brothers and Tommy Makem were the first group to bring Irish folk song to a worldwide audience in the 1960s. There was a lot of singing in our house when I was growing up – at least when my father, Liam, wasn’t away performing on stages around the world. My father gave me my first guitar at the age of eight and I was playing professionally by my early teens. I was more content to be playing my guitar, but eventually I would contribute the odd verse or chorus with reluctance, when coaxed.

After returning from a residency, at Delaney’s Irish Pub in Hong Kong, in the mid-1990s, I co-founded the group Danú.

Soon after, I left to form a trio with my father Liam and cousin Robbie O’Connell. The three of us headed off on our debut tour in 1996 across the USA, from the Santa Anita Race Track, in Los Angeles, to Lincoln Center, in New York City. We continued to tour together for a couple of more years and recorded two albums; Clancy, O’Connell, Clancy and The Wild and Wasteful Ocean.

In 1998, I moved to New York where I became the go-to guitarist for many of the top Irish musical acts.

I also contributed to albums and tours with Riverdance fiddler, Eileen Ivers, and was guest guitarist with The Chieftains on their Tears of Stone Tour in Japan and the USA in 1999. From 2000 – 2002, I was a member of Irish-American super-group Solas. I recorded a CD with them called Edge of Silence and I, also, joined them on their Live Reunion DVD that was recorded in 2005. In 2003, I re-joined the group Danú who would go on to become one of the most successful Irish bands around. In addition, I also, contributed to the soundtrack of Ric Burns award winning documentary film, New York, and in 2006 released my debut solo guitar album Close To Home.

In 2009, I finally returned to live in Ireland with my wife, Mary, and our three children.

I met Mary in New York through music. She is a musician, also, and was a member of the band Cherish the Ladies for over seven years. Her father was Mike Rafferty, a flute player from Co. Galway. She currently teaches traditional Irish music in the area.

After the death of my father, Liam, (the last remaining member of The Clancy Brothers and Tommy Makem), and the grim silence that followed, I found that I could not keep from singing.

I began to focus my attention on the family repertoire of songs that I grew-up with, in order to keep the Clancy tradition alive. In the summer of 2013, I was asked to put on a concert, here, in An Rinn in a marquee. I organized a Liam Clancy Tribute Concert and the place was packed. I had special guests, like Kevin Power, Finbarr Clancy, Ann Mulqueen, Pat Sheridan, Paul Grant, Liam Butler, and Donnchadh Gough, who once shared the stage with my Dad and the night was magical. A special highlight for me was a song that I sang with my sister, Siobhán – The Rainbow Race, written by Pete Seeger and a song our Dad and Tommy Makem used to perform together. I would like to pursue a few more concerts like that around the country and abroad.

Last year, I released my album Songs of a Roving Blade.

Many people were surprised to hear that I had released a CD and was singing on it, because through the years, I never sang. When people knew that I was Liam Clancy’s son, there seemed to be some sort of expectation that I was a singer. The CD was received with rave reviews. My mother, Kim, one of my toughest critics, gave me the stamp of approval. I dedicated the recording to my late father, uncles and Tommy Makem.

In addition to my solo concerts, I am still a member of the traditional group Danú and this year we are celebrating our 20th Anniversary.

Other members of the group are Benny McCarthy (accordion), Muireann Nic Amhlaoibh (vocals/flute/whistle), Oisín McAuley (fiddle) and Éamon Doorley, (bouzouki/guitar). We have just released our new CD called Buan. Already, it has reached number One on the iTunes World Music Charts in the USA, UK and Ireland and is currently at number twelve on Billboard Magazine World Music Charts. On the album I sing Willie Crotty, a newly composed song by my cousin, Robbie O’Connell. Willie Crotty was a legendary outlaw from Co. Waterford who lived in the 18th century and was a Robin Hood type, stealing from the rich to give to the poor. The CD, also, features another tune, written by myself, called Mairseáil na Conrach (Conor Pass March). I wrote this tune while rehearsing with the group in West Kerry, last May. In between touring, I have a recording studio, here, in An Rinn, and I have recently engineered CDs for Caladh Nua, Edel Fox, Neil Byrne and Lá ag Ól Uisce.