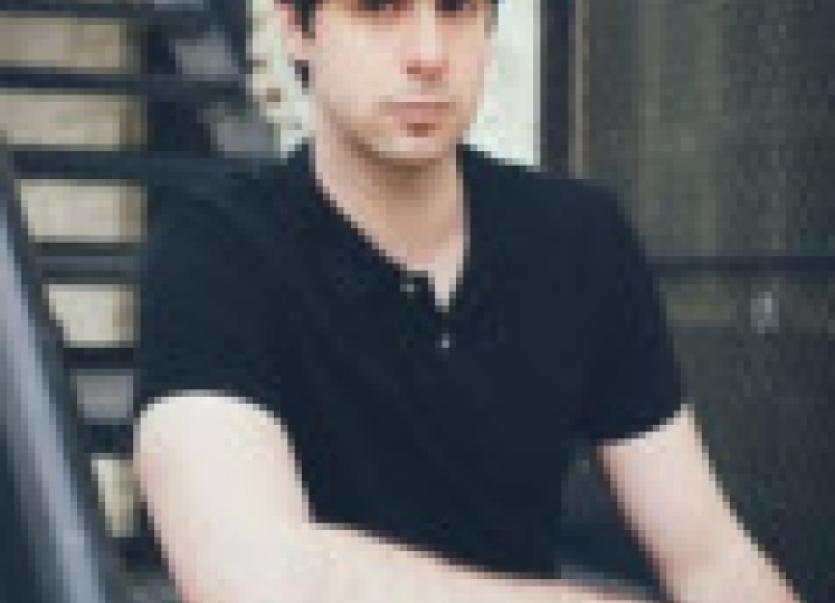 Originally from Castletroy in Limerick I left at fourteen when my father was transferred to Dublin.

Originally from Castletroy in Limerick I left at fourteen when my father was transferred to Dublin.

I currently live there having trained as an actor at the Gaiety School of Acting. Previously, I obtained a degree in E-Business at the Institute of Art, Design and Technology (IADT) in Dún Laoghaire. While I was at the college I ran the Drama Society for four years staging plays annually. Film making has always attracted me greatly as it is the most effective entertainment and communication tool we have. It is a hybrid of all the great art forms.

I always wanted to be involved in film-making.

Movies inspired me first, and then, when I trained as an actor, I developed a love for theatre. While in college I made student films. DVD came about when I was in my teens and it gave me the chance to study film history and listen to directors’ commentaries about how films are made. Early on I was cast by Dearbhla Walsh for Custer’s Last Stand- Up for the BBC. That got me my first agent and subsequently a number of television and short film roles. However, I have been primarily a stage actor in recent years. Indeed, I have my own theatre company, here in Dublin, called Pack A Punch Theatre. Our last production was Someone Who’ll Watch Over Me by Frank McGuinness. The profits were donated to Down Syndrome Ireland

Specialising in dramatic films allows us to make our own films while not being totally reliant on funding from outside sources.

We want to make films and have the attitude that we must simply go out there and do it. You could spend your whole life waiting for the right time and it will never come. Our first film Two Gallants is constructed as a heist movie. We have, also, completed our first feature film script and we are just about to begin that. It will be set between Dublin and Limerick and will be based on myself and my co-writer Darren McGrath’s life experiences.

Two Gallants is a short film and the first in a planned series based on James Joyce’s Dubliners book.

We will continue making stories from Dubliners as a web series or tie the stories together as a feature film in a similar way to Sin City. We are looking to see how the first part is received and if it will find an audience. Currently, we are submitting Two Gallants to film festivals concentrating on Europe, the USA and also key Irish Film Festivals. Associate Producer, Donal Thurlow, who runs Bloomsday in Bruff, is the MC for the preview screening and talk at The Lime Tree Theatre. Mary Wogan is a fellow Associate Producer and both have been big supporters of the project. Limerick is my hometown and it is great that this will be the first screening in Ireland.

In recent years I have been heavily influenced by Sylvester Stallone.

My acting career had not really reached the stage I had hoped for by the age of thirty. However, it was Sylvester Stallone’s personal story (really his alter ego Rocky’s story) that inspired me the most. He is truly the underdog who never got a chance. It is a beautiful story that transcends time. In fact, Stallone became a screenwriter after being inspired by the works of Edgar Allan Poe and then wrote Rocky.

To make a film happen you need to understand that you cannot do it all on your own.

You need two to three people who will be there to support you and you need to give that support back as well. The best advice that I can give is to do a little bit of work on it every day. Just a little bit. If its screenwriting, for example, just commit to doing an hour a day, even if you only write a couple of lines. Then, set a goal that will make you stretch. I didn’t know for sure that I could make Two Gallants, given the limited funding we had, but I committed to the goal and pushed at it every day. When I picked up the phone and asked for help everyone said yes. The greatest reward in the end is the friendships developed and the lasting connections made.

Limerick has had an amazing year as the City of Culture.

Indeed, it is important that the arts in Limerick continue to receive strong funding next year, in order to allow it to develop further, based on this year’s success as a cultural hub. Two Gallants will be screened in Limerick as a digital cinema package, with local actor Zeb Moore (Production Director of the Richard Harris Film Festival), also reading the original short story by James Joyce, written a century ago. The principal cast includes myself as ‘Corley’, John Carey as ‘Lenehan’, Alicja Ayres, George Bracebridge, Mary T. McCormack, Niamh Hogan, Aaron Jenner and Amanda Coakley. After that my co-writer Darren McGrath, project manager Patrick Rooks, and myself, will do a talk on adapting James Joyce to film.

The preview screening of Two Gallants at The Lime Tree Theatre will take place on Saturday September 20 at 8pm as part of the ‘On The Nail’ Literary Cabaret organised by The Limerick Writers’ Centre www.limerickwriterscentre.com. For further information please see: Twitter: @TwoGallantsFilm and Facebook: facebook.com/TwoGallantsShortFilm or contact dublinerfilm@gmail.com