‘A harsh court is a bad court’: Tributes to Judge Carroll Moran 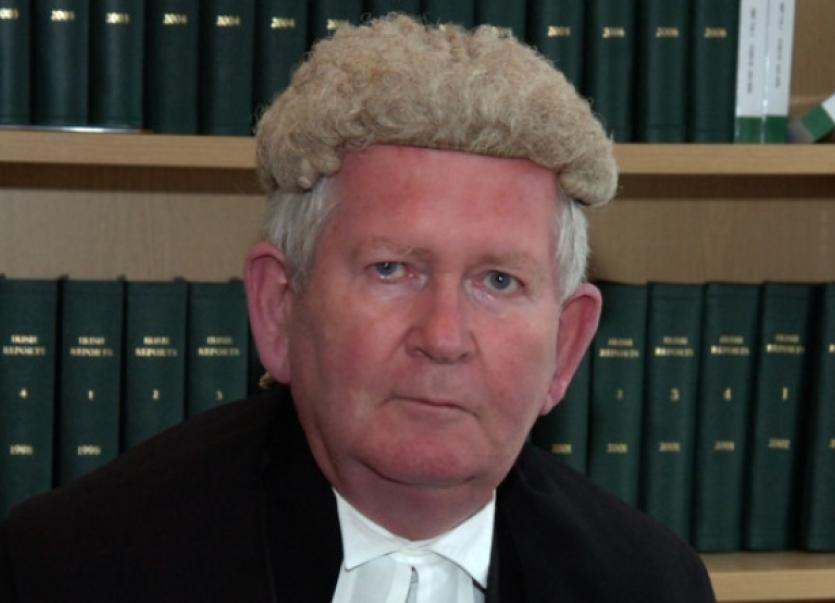 HIS 12 years on the southwest circuit were described by Judge Carroll Moran this week as the happiest of his career.

HIS 12 years on the southwest circuit were described by Judge Carroll Moran this week as the happiest of his career.

Warm tributes were paid at Limerick Circuit Court on what his final day as the assigned judge this Tuesday.

And Judge Moran, while “thrilled” to have been elevated to the High Court, said he would miss life in Limerick and on the southwest circuit.

It was just before Christmas 2002 that Judge Moran was assigned to the circuit on an acting basis, an appointment that was made permanent two years later.

His late mother’s memories of Limerick in the 1930s were of a city that was “the stronghold of the Redemptorist Fathers, secondly as the engine room of Irish rugby, then as much as now, and thirdly as the source of the most beautiful women in Ireland, although I will leave it up to you to judge whether that remains the case,” he said.

Judge Moran’s early years in Limerick coincided with some of the worst outrages committed by organised criminals and had contributed to the city’s poor reputation.

But, Judge Moran said, it was “a reputation that is particularly ill-deserved”.

“Limerick is not a criminally violent place. Limerick is now is a peaceful place. For example, there has only been one homicide in Limerick since January 2013 and that’s almost two years. By contrast the news from Dublin is one of continuous murder and mayhem, as recently as on the news last night,” he said.

People could walk O’Connell Street and the side streets off of it in relative safety, he added, which was a claim that could not be made of the similarly named street in the capital.

And one of the reasons for the reduction in serious crime was the effective policing by An Garda Siochana, he said.

“The standard of the legal profession here is as good as anywhere in the country and maybe better,” he said.

“Nothing is let slip, no point is left unchallenged, cases are well prepared and all of this work is done in a collegial manner and in a spirit of co-operation.”

He admitted there were times, however, when counsel launched into interminable, repetitive submissions that “I often said to myself that the only person I really like here is the accused”.

State solicitors Aidan Judge and Michael Murray had been “extraordinarily efficient and extremely fair” and never resorted to “putting the boot in”.

Judge Moran thanked the stenographers and court staff; court gardai including retired sergeant Gerry Rigney; prison and probation service officers; and the media for their contributions to the life of the court over many years.

A special word of thanks was reserved for courthouse caretaker Ollie McCarthy, who he said had “put me in good humour every day” with his cheerful, if sometimes “insolent”, greetings.

Among those to pay tribute to Judge Moran on his final day in Limerick were Gerry McCague on behalf of court staff and Des Long BL.

Mr Murray said that “all the praise being heaped on you today is fully deserved”.

Having witnessed the departure of every Circuit Court judge since Barra O Briain, Mr Murray said he had never before seen such a level of sadness.

“You have served this city well and you have done considerable service to the citizenry of Limerick,” he said.

“You never sent anybody to prison lightly. It was very measured; you agonised over it and more often than not you erred on the side of leniency, which is a good thing because as we all know, a harsh court is a bad court – and you never ran a bad court.”

It was an example, Mr Murray continued, that ought to be emulated by judges around the country.

Speaking on behalf of the solicitors, Ted McCarthy said the legal profession had become “used to the very high standards you brought as judge on this circuit”. That could be seen in the consistency and fairness in judgements over the last 12 years.

“People have received fair treatment in this court and that is the highest accolade anybody can give to you,” Mr McCarthy said.

And Garda Chief Superintendent David Sheahan also dwelt on Judge Moran’s “excellent leadership of the court” and his inherent fairness during what was “a fractious period in Limerick’s history”.

“While all around were losing their heads, you were always calm and collected” and this was reflected in the judgements handed down, Chief Supt Sheahan said.