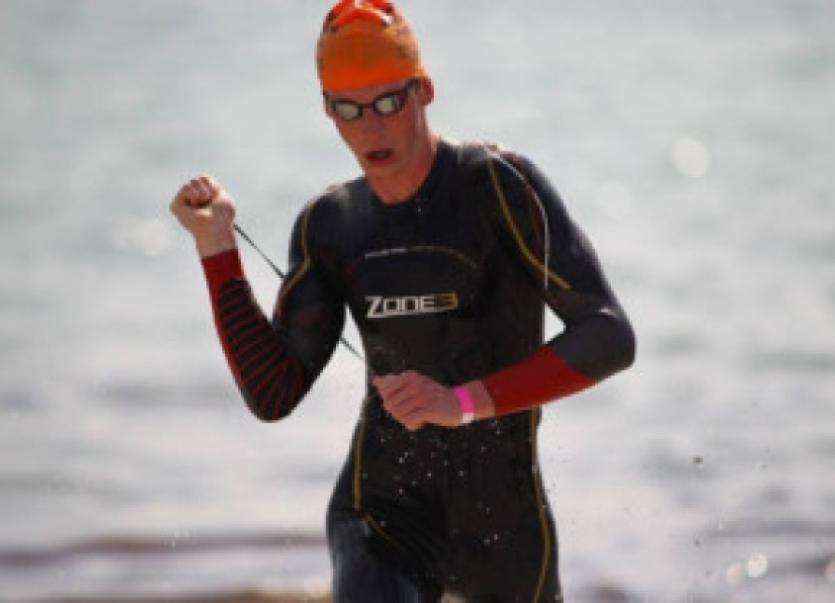 Originally from Grange, in Co. Limerick, I have lived in the area for most of my life.

Originally from Grange, in Co. Limerick, I have lived in the area for most of my life.

My parents have always been the biggest single influence on my life. They have supported and encouraged me through the good times and the bad and still do so, today. Indeed, they have been the driving force behind my training from an early age, and without them, I would not be where I am today. My brother is, also, an inspiration. Although, two years younger than me, he trains harder than anyone I know, both in the pool and out of it.

Although, I am better known as a swimmer, Triathlon is my main sport today.

I began swimming lessons with Seal Swimming Club at the age of six and, then, progressed to Limerick Swimming Club, at the age of twelve. I really only started getting serious at about the age of 14-15, when I gave up other sports, such as GAA and Rugby. This was a tough decision. However it was impossible to compete and train at a national level and also be involved with other sports. I first started competing in the Triathlon when I was only 14 years old but I did not get seriously involved with it until between the ages of 15-16. It was then that I decided to make a career out of doing something that I truly loved. At the start, I was only competing at minor events at a national level but I steadily progressed as I matured and got to the World Championships this year, in London.

There are more lows than highs in sport, but the lows make the highs that bit more special.

Indeed, it has been a tough year for me personally. I was involved in a bad car crash earlier in the year and broke my Sternum. Subsequently, I was told by the doctors that I would not race or train again this year, which was very hard to take. However I got a lot of support from my family, my coaches and my friends. Incredibly, I managed to get back to full fitness and shocked everyone, including myself, by qualifying for the World Championships in London, where I finished in the top 20. Everything went right for me on the day and it all just fell into place. Next year, I will start competing at senior level, and will no longer be a junior, which is going to be a huge challenge. Eventually, I hope to make the 2020 Olympics. It will be a long hard road ahead but when I finally cross that finish line and have given my all, those early morning sessions and long hours will have been well worth while.

The University of Limerick (UL) is a great place for training and has everything from a 50m pool, to a top class running track and gym.

Recently, I completed my Leaving Certificate and will be starting UL’s National Council For Exercise and Fitness (NCEF) course. I could not possibly be in a better location. The NCEF qualification is something that I have thought about undertaking for some time now. It has a great reputation and I will be studying an area which has become a huge part of my everyday life. Luckily, the course timetable allows me to study and train at the same time. I would eventually love to be involved in coaching young athletes, sharing with them, my knowledge and experience of the Sport. To compete at an elite level, in any sport, you have got to like training. It is not easy in the winter months, given our poor Irish weather, but it is always worth it, coming into the racing season. Currently, I train between 25-30 hours a week, divided between swimming, running, cycling and gym work. Being a triathlete means doing something different all of the time, so every day is different.

When you are a swimmer ‘travel’ is the name of  the game.

However, I have been travelling with the Junior Squad for so long now that I am used to it. We travel throughout the year to training camps and races across Europe for up to four weeks. It is just part and parcel of being an elite athlete and I do not think of it in a negative way. In fact, I count myself lucky to have such opportunities of travelling around the world. It is great. Nevertheless, with so much time spent on training I don’t have too much time left to do anything new. I like all sports and eventually would like to give a few new ones a go. For example, I like to do a bit of surfing now and again, even though I am useless at it. Surfing doesn’t involve early mornings or tediously long hours of training, though, which is fine by me.

I will be doing a bit more work with the Limerick Triathlon Junior Squad this year which has been set-up, thanks to the efforts, of Mark Dempsey and Niamh Yelverton.

They run a few group sessions each week and I am looking forward to helping out the younger athletes and watching them progress. In general, I would encourage anyone to take up Triathlon or physical exercise, in general. Being involved in sport has helped to structure my life and I have become very disciplined, as a result. I have also met some amazing people along the way. Nothing beats the feeling that you get after a run, a swim, or even a walk, and it is all free of charge!

To find out more information about Aaron O’Brien please see the website: www.triathlonireland.com/index.php?id=107&nid=1472