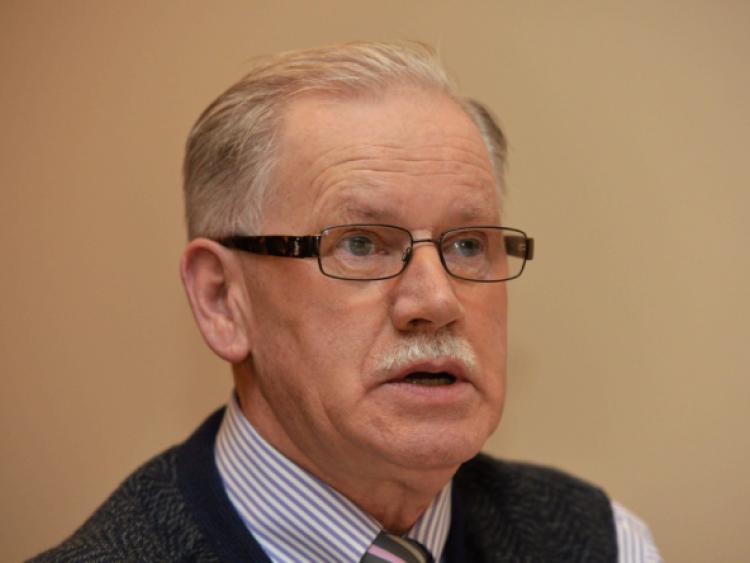 LIMERICK FC chairman, Pat O’Sullivan, is urging corporate bodies to put their hand in their pocket to support the club and with the right backing he says “what you will have is the best club that has ever been in the League of Ireland”.

LIMERICK FC chairman, Pat O’Sullivan, is urging corporate bodies to put their hand in their pocket to support the club and with the right backing he says “what you will have is the best club that has ever been in the League of Ireland”.

This week the Ballylanders native said the O’Sullivan family and their company, the club’s main sponsor Galtee Fuels, can no longer continue to fund the club to the level they have in the past number of seasons.

“I’m saying to Limerick and to the guys sitting on the ditch out there – don’t be sniping at us because we haven’t 15 marquee players and you’re not contributing anything to that –what you do is, you commercially support us, you come to our game, you fill the Markets Field and I guarantee you that we will return all that investment to the senior team,” said Mr O’Sullivan this Wednesday.

Fears have been expressed in recent days over the financial footing of the club after a number of administrative staff were let go last week as well as the lack of high-profile signings made by Limerick FC ahead of the start of the Airtricity League Premier Division on March 7.

In a statement on the club website this Tuesday, chairman O’Sullivan stressed the need for the club to “learn to live within its means.

“I paid all the proven debts of the club going back to 2008 and for all of 2009. I paid everything for 2009 – out of my own pocket – Galtee Fuels and myself. I’m a self-made man who started working above in a garage in Galbally,” said Mr O’Sullivan, speaking on Limerick’s Live 95FM this Wednesday morning.

“I did a lot of work to try and secure the Markets Field, personally, but I couldn’t afford to do it so I went to JP McManus.I spoke to JP. I explained to him the community aspect of what we were trying to do. He agreed to support the purchase of it and we go back to the Markets Field in March.”

Mr O’Sullivan said that no club in the League of Ireland has the structures Limerick FC has except maybe Cabinteely FC in Dublin.

“Galtee Fuels and myself and Helen has been funding this whole thing for six years. We were the only people to put our hand up to do that - nobody else did it on the day and they all knew what was happening. Nobody in Irish soccer came to the table and said, ‘by the way we’ll help you’ so this is where we are at now.”

Mr O’Sullivan said Galtee Fuels “can’t keep putting the type of money it has been putting into this.

“I stood up at Thomond Park at the last home game and said: “I’m not the sugar daddy anymore. If you want your football, get real! The point is the club is fine, the club is sound, but it has to learn to live within its means.”

“The club is a not-for-profit club. The underage academy, the U19s, the U17s and Bruff is fully and separately funded. I’m saying to Limerick if you want your 15 marquee players well then come to the Markets Field - corporate sponsorship is needed and every penny we make out of that will go back into the senior team. And then what you will have is the best club that has ever been in the League of Ireland because we have our own gravy train of young players coming through.

“We are the only club in the past six or seven years that was promoted that stayed up but we still can’t get a corporate sponsor for the front of our jersey.”

He vowed that Limerick FC will have a team on the pitch at the start of the season and will finish the season.