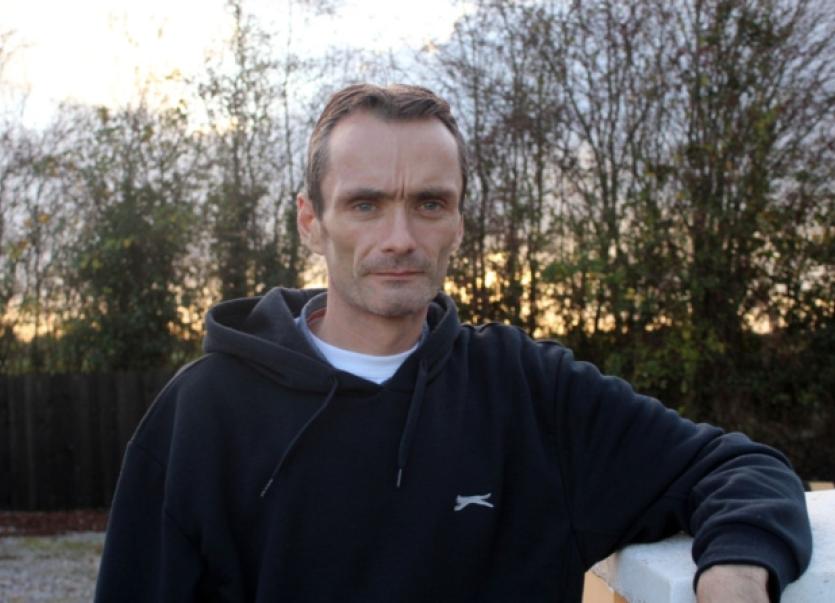 A FORMER Limerick hurler who is home just nine days after undergoing a life-saving liver transplant says he will be forever grateful to the donor.

A FORMER Limerick hurler who is home just nine days after undergoing a life-saving liver transplant says he will be forever grateful to the donor.

Stephen O’Halloran – who played both minor and U21 hurling for Limerick and has been a star player on the Bruree hurling team over the past two decades – was diagnosed with cancer last year after a spot was discovered on his liver.

After undergoing treatment over the past 12-months, including chemotherapy and radiation, a suitable liver became available a fortnight ago, and Stephen underwent a seven-hour life-saving operation at St Vincent’s in Dublin.

“They rang me on the Monday night at around half ten and said to me that there was one on the way. I was given a four hour bracket to get to Dublin but I was in St Vincent’s at the time due to an infection. I was lying in the hospital bed, listening to the radio with the headphones on,” recalled Stephen this week of when the news was broken to him.

“I was delighted to hear the news but I was very nervous as well.”

The Bruree native who now lives in Bulgaden was discharged from hospital late last week just nine days after his surgery.

“I had met a man up there a few months back who had the same job done and he was out of the bed and gone home after 10 days. They say it will be two or three weeks before you’re home but it depends on the person. My age stood to me,” said the 37-year-old who never smoked and is not a big drinker.

Concerns were first raised about Stephen’s well-being after he lost a noticeable amount of weight.

While initially his doctors thought that the removal of part of the liver would suffice, following further investigation they established that a liver transplant was necessary.

While Stephen is still on painkillers and anti-rejection tablets, when the Leader spoke to him this Tuesday evening, he was out for a short stroll near his home in a bid to get back up his energy levels.“It is a case of getting stronger now and eating what I can. My colour has come back – I was very jaundice before. My colour has come back in my eyes and skin,” he explained.

The news that a suitable liver had become available came as a great relief to not alone Stephen but also to his wife; Marie O’Donnell from Kilmallock, son Ronan, extended family and friends.

“It was a great relief to the family. My mother and father, wife and son have a spring in their step again,” said the popular sportstar.

Stephen must return to hospital in Dublin every Wednesday for the next six weeks to monitor his progress.

While he doesn’t know who the donor was, he says he is eternally grateful to them and their family and would encourage everyone to carry a donor card. “It is vital for people. It is a sad time for one family but I’m very grateful,” he said before thanking the wider community in Limerick for all their support and well wishes.

Since news of his illness first emerged, communities and sporting clubs across the county have been offering their support to the popular sportstar who previously worked for Dell and has also played soccer for Rockhill Rovers, Kilmallock Utd, Charleville, Breska Rovers and Trinity Rangers. “I want to take this opportunity to thank people for all their prayers, cards, text messages, phone calls and general good wishes. The staff in St Vincent’s have also been excellent. I want to thank my family and friends for all their support,” he added.