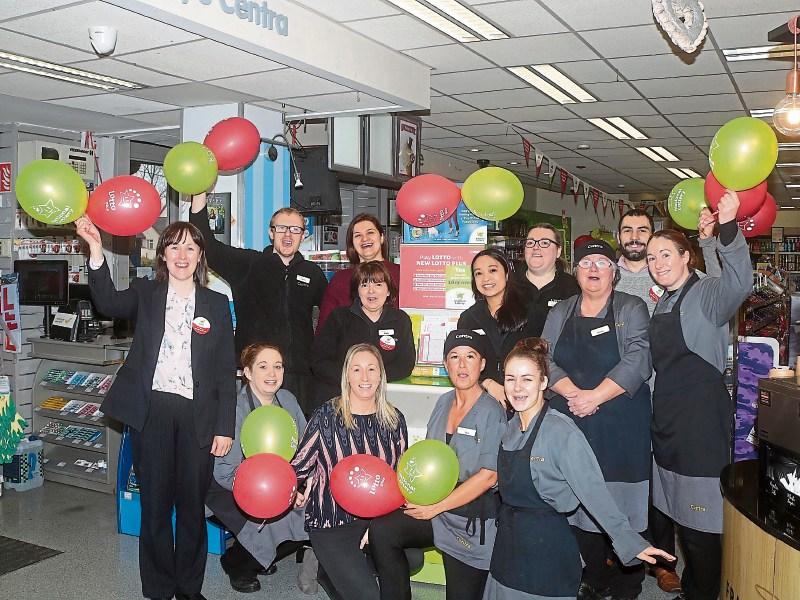 A LUCKY Limerick couple who scooped a €1m jackpot in Lotto Plus 1 have pledged to use the jackpot to help secure their children’s future.

The couple – who claimed their winnings at National Lottery headquarters in Dublin this Tuesday – purchased the winning Quick Pick ticket at Garvey’s Centra, St Mary’s Road, Newcastle West ahead of last Saturday’s draw.

The ecstatic parents have described the excitement as the numbers were called out one by one during the live broadcast of the draw on RTÉ One television.

“I was in the kitchen on Saturday evening when I heard roaring in the sitting room. My partner was watching the Lotto draw on TV and was absolutely fixated on the screen with his Lotto ticket firmly grasped in his hand. He had seen our numbers coming up but we don’t have pause on our TV so we didn’t celebrate until we double checked the numbers on teletext,” said the delighted mother.

“At the moment, it’s still hard for us to grasp what €1 million means to our family, it’s an incredible amount of money. We are determined to make the most of it and to give our children the very best life that we can. The first thing we will do is ring-fence a good chunk of the money for their college education. We won’t be frivolous with the money and once we pay off our mortgage and other loan we’ll celebrate the win properly with our family,” she added.

The delighted family are the latest big Lotto winners from Limerick in what has been a lucky couple of months for the Treaty County.

Meanwhile, EuroMillions fever is continuing to grip the country as Tuesday night’s jackpot soars to a massive €150 million.

The National Lottery is advising players dreaming of winning big to buy tickets early to avoid missing out on this life-changing prize.