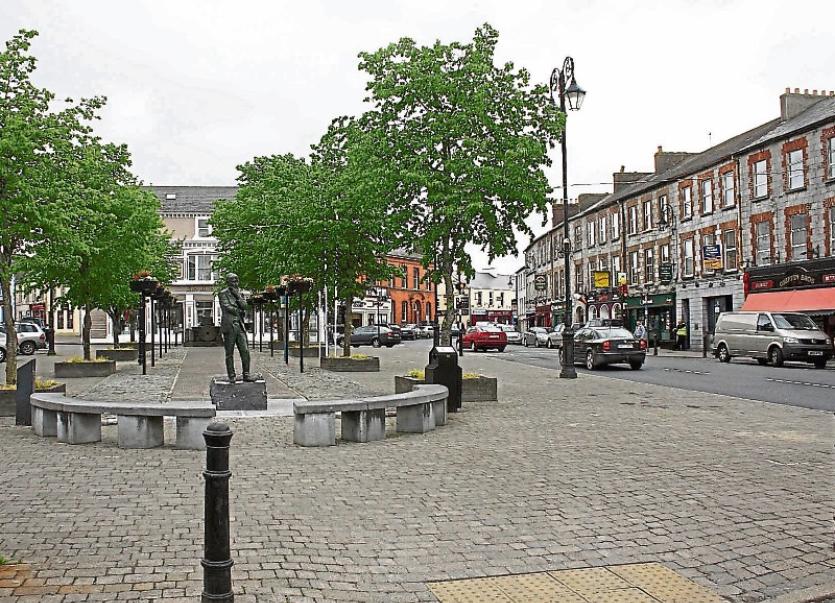 A BIG screen will be put up in the Square in Newcastle West for  Sunday’s All-Ireland against Galway.

The initiative has come from the town’s Business Association, but it was confirmed this Monday that Limerick City and County Council will be supporting it with funding.

“It’s all about cheering the boys on,” association chairwoman Flo Flannigan said this Monday.

The dearth of (match) tickets has been one of the main drivers behind the initiative, she admitted.

“Businesses were being asked to put out the Limerick colours and do up their windows,” Ms Flannigan explained.

“But then I thought I would prefer a party in the Square with a big screeen. We had a meeting and decided that with the lack of tickets we should do something. We have a fantastic GAA club in town.”

The association approached Cllr Michael Collins to get support from the council and this has now been confirmed, allowing the event to go ahead.

“The response has been massive. People are very very pleased and there has been a very very positive response," Ms Flannigan said. " It is great that people won’t have to travel to come together and be able to share the excitement and the atmosphere.”

The 20-foot screen will be put up in front of the castle.

“I am delighted,” Cllr Collins said. “People are still looking for tickets and they still want to get involved, to get behind the team and get involved in the atmosphere. This is probably second best.”

“It makes sense to have it in the county town,” he added.. “People in West Limerick can come to Newcastle West instead of travelling in to the Gaelic Grounds.”

Separately, an additional 5,000 tickets have been made available for the big screen which will in place at the Gaelic Grounds from midday on Sunday.