WITH an energetic burst of music, song and dance, students from Scoil Mhuire agus Ide, Newcastle West, brought a spirited end to two long years of no live performances.

And they did so in early spring sunshine when they launched their 15-track CD, Dóchas at a mini open-air concert in the school. 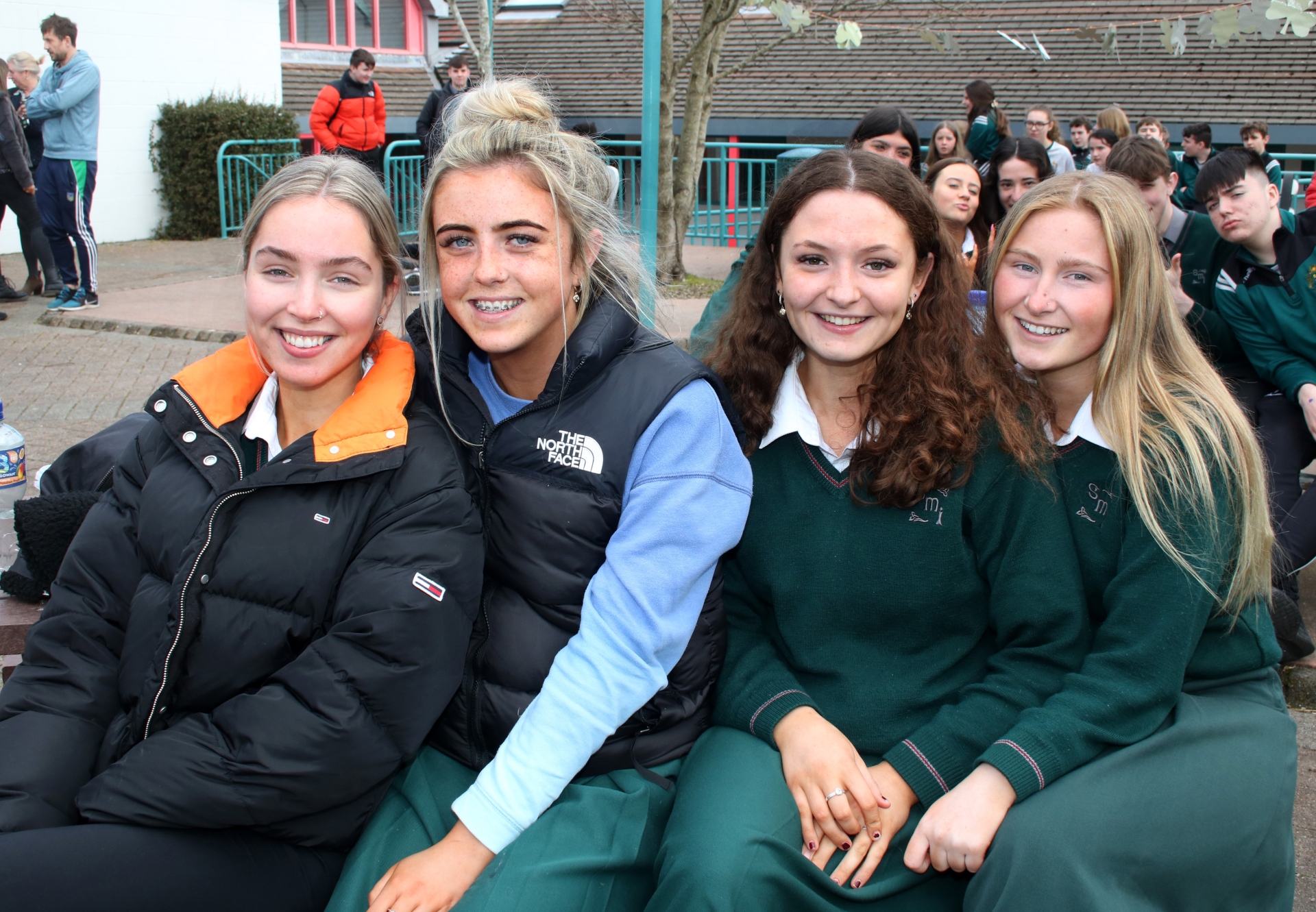 The idea behind the CD was exactly that, to give student creativity an outlet, explained music teacher, Ellen Collins, who, along with fellow music teacher, Jamie Herlihy, nurtured the idea from its beginnings to its final launch.

“We came back in September after two years of Covid where the students hadn’t had a chance fo perform,” she explained. “The creative spirit in SMI was suffering.”

But at that point, performance was still circumscribed and a CD offered the safest option.

“We decided to record. It was a mixture of everything and everyone from first years to sixth years. It was great fun. They loved it.”

“This project was initiated to give a voice back to the wonderful talent of our students and to re-ignite music and performance in our school community, “school principal Seán Lane.

“Living through a pandemic brought about a lot of change in our lives,” he continued. The restrictions mean that groups of people could not come together to create art. Choirs were silent, performers were left without an audience, he said, yet music and dance continued to comfort, entertain and lift the spirits of many and many took to social media.

SMI, Mr Lane continued, was one of the schools allocated a €4,000 grant to further the arts in the school under the Creative Schools initiative. Creative Schools is a flagship initiative of the Creative Ireland Programme to enable the creative potential of every child and is led by the Arts Council in partnership with the Department of Education and the Department of Tourism, Culture, Arts, Gaeltacht, Sport and Media.

Formally launching the CD, Minister of State Patrick O’Donovan said it was great to be back in his own school but he expressed sympathy for the impact the pandemic had on young people in particular.

It was, he continued, important to celebrate creativity and to do so also “in our own community” and he praised the huge amount of work that had gone into the creation of the CD. He spoke too, to the bonds students make in school. “The young men and women you meet here are the people you will rely on for the rest of your lives,” he said.

“These literally are the best days of your life.”

The CD, costing €10, is on sale in shops in Newcastle West and all proceeds will go to the local Lions Club.

“We are so grateful to SMI for all their support over the years,” said Lions Club member Helen Beckett. Students from the school regularly take part in the Club’s Christmas Concert, she said, and the money from the CD will go to help those in need in the community.

“There is a lot of need,” she said, adding that 85 families were supported last Christmas.