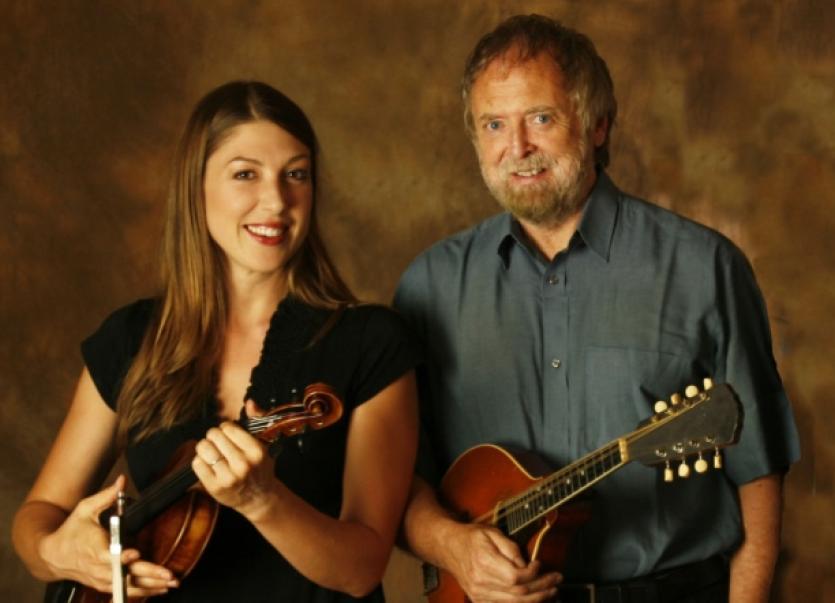 TRADITIONAL Irish musician and folklorist Mick Moloney, who hails from Limerick, will be the focus of a tribute concert during the 53rd annual Fleadh Cheoil na Mumhan in the University Concert Hall next week.

TRADITIONAL Irish musician and folklorist Mick Moloney, who hails from Limerick, will be the focus of a tribute concert during the 53rd annual Fleadh Cheoil na Mumhan in the University Concert Hall next week.

Some 12,000 people are to descend on UL for the duration of the event, which runs from this Sunday July 14 until July 21 in the University of Limerick campus, but the flag-ship concert is the one featuring Moloney.

The seminal trad musician, born and raised in Castletroy and who moved to Philadelphia in the early 1970s, has assembled an incredible cast of musicians for the gig in the UCH next Friday, July 19, including: Bill Whelan, Shay Healy, Micheal O Suilleabhain, Declan Forde, Athena Tergis, Niall O’Leary and many more.

Moloney, who in 1999 was awarded the National Heritage Award from the National Endowment for the Arts - the highest official honour a traditional artist can receive in the United States of America - combines the careers of professional musician, folklorist, musicologist, teacher and arts presenter and advocate.

A professor at New York University in the Irish Studies Program and the Music Department, Moloney is an accomplished singer as well as an instrumentalist and possesses a vast storehouse of songs and instrumental pieces from the Irish and Irish-American tradition.

An important figure in the Dublin folk-song revival in the 1960s, Mick gained early fame as a member of Irish group The Johnstons and The Emmet Spiceland, but has performed with an astonishing cast of groups and artists, including The Clancy Brothers and Tommy Makem.

He has recorded and produced over forty albums of traditional music and acted as advisor for scores of festivals and concerts all over America, and played a central role in establishing the The Green Fields of America ensemble, which pioneered the idea of having Irish dancers perform alongside traditional musicians in the US.

For this he has been hailed as a “national treasure” by Fintan O’Toole, who made the point that key to the tour was “the combination and exploration not just of the Irish musical tradition but of what happened to that tradition in the urban, multicultural, commercial context of America”.

Moloney’s latest two internationally acclaimed albums McNally’s Row of Flats and If It Wasn’t For the Irish and the Jews, explore songs of the nineteenth and early twentieth century popular stage in America and won several awards for album of the year Stateside.

A regular consultant, performer and interviewee on American television, the cast of supporting players he has assembled for Friday’s concert in his home city is testament to Moloney’s star wattage and the presence he holds in the international traditional music scene.