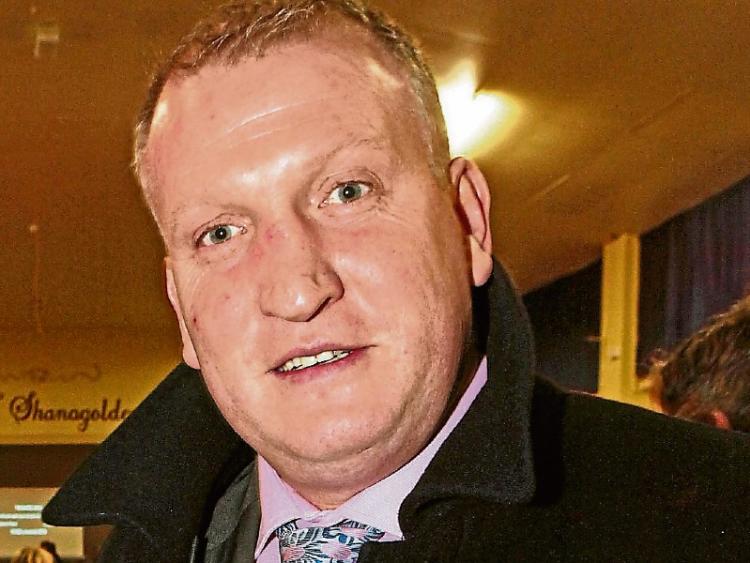 THERE will be “blood on someone’s hands” yet, Abbeyfeale councillor Liam Galvin warned this Wednesday following yet another crash on the N21 just outside Abbeyfeale in which two people were injured.

And he has called for a full meeting of Limerick City and County Council to take place in a bid to get urgent action underway at Ward’s Cross where the accident occurred.

He is also insisting that officials from Transport Infrastructure Ireland,  (TII), the body responsible for the country’s main roads, must attend that meeting and come to Ward’s Cross  to see the situation for themselves.

“There is going to be blood on someone’s hands,” he warned. “And it won’t be mine as I have done everything in my power to bring it to the attention of the TII.”

Tuesday’s accident occurred about 8pm and according to an initial report from the gardai, one car collided at speed with a car in front. The two men who were in the front car were locals and lived within yards of the cross, Cllr Galvin told the Limerick Leader. “They were travelling home from Abbeyfeale and were sitting in the car, waiting for oncoming traffic to pass before turning right,  when they were struck from behind,” he said. The two men were brought to hospital with injuries but were released on Wednesday morning.

The dangers of the Ward’s Cross junction, about two miles east of Abbeyfeale town, have been raised by Cllr Galvin and another Abbeyfeale councillor, Francis Foley, on several occasions. €40,000 was spent on safety measures there a number of years ago, Cllr Galvin pointed out, but this only involved improving sightlines for traffic emerging from the side road on to the N21.

Cllr Galvin had asked for a stacking lane to be created to allow traffic from Abbeyfeale in particular to cross the N21 in safety. But this was not agreed. People living in the area, the councillor claimed, were driving from Abbeyfeale via the Clash Road because they were “in dread of their lives”.

Several times over the past number of years, the dangers of junctions along the N21 from Barnagh to the Kerry border have been raised at the Newcastle West Municipal District. And a deputation from the district raised their concerns with the TII.

However, according to Cllr Galvin, they made no progress on the matter.

“It is now coming up to budget time and I am calling on the Department of Transport to make the money available to upgrade the junctions and bring them to a standard where they will be safe,” he said this Wednesday.

He estimated it would only cost a few million euro.

“They have money for cutting trees and for lining roads yet there are far more important issues to be addressed such as Ward’s Cross and other junctions,” he argued.

Unfortunately, he added, councillors no longer had any control or jurisdiction over main roads. All the power lies with the TII. “All we can do is raise the issues,” he said.

But he now believes the TII should be abolished and power over the main roads returned to local authorities which would then make their own submissions for funding to central government.

However, following Tuesday’s accident, he said he had no option but to look for a meeting with Transport Minister Shane Ross and will be asking Minister of State Patrick O’Donovan and Deputy Tom Neville to support his request that the minister release money to upgrade all junctions from Barnagh to the Kerry border. “I will not be letting this go,” he declared.

Fellow Abbeyfeale councillor, Francis Foley described Ward’s Cross as “highly dangerous”. “Something needs to be done about it urgently,” he said. “It is not so long ago that there were two fatalities not far from that cross.”

The garda investigation into Tuesday’s accident is continuing and anyone with information is asked to contact 068-30010 or 069-20650.