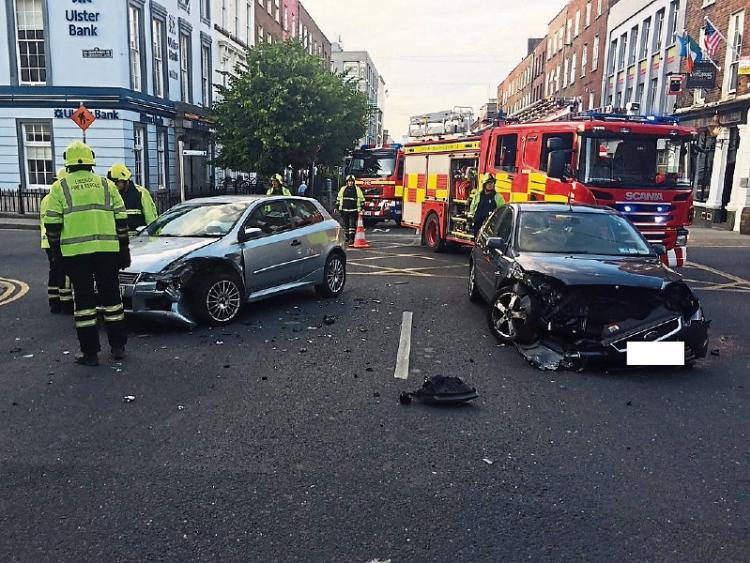 The two cars collided just beyond the intersection between O’Connell Street and Glentworth Street on the road out of the city shortly before 9pm.

An ambulance unit was requested, with the call going into the fire service at 8.50pm. The road was blocked and there was reports of oil on the surface.

The road remains blocked, with two units of the fire service and gardai at the scene.

LIMERICK: O’Connell St is blocked at the Glenworth St jct as emergency services deal with a collision. https://t.co/pdsEzJTRQr