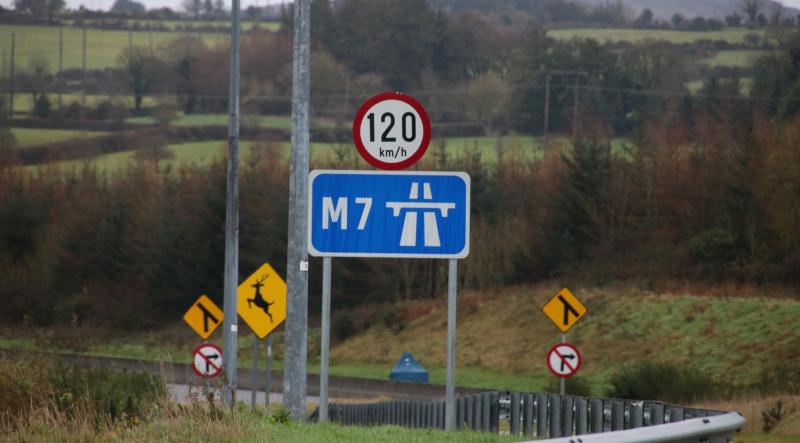 The average speed cameras have been installed on the M7 between Limerick and Nenagh | PICTURE: Adrian Butler

GARDAI have confirmed advance notice will be given to motorists before the newly-installed average speed cameras on the M7 motorway between Limerick and Nenagh become operational.

The installation of equipment - between Junction 26 (Nenagh West) and Junction 27 (Birdhill) -  covering traffic travelling in both directions began last March and testing and calibration has been ongoing since.

Chief Superintendent Derek Smart of the Tipperary garda division recently told a meeting of the local Joint Policing Committee that he wants the system to go live as soon as possible.

“That system is still in the testing phase - but I have been speaking with our national officer of road policing with regard to getting that system into service”, he explained adding that the cameras are already having an impact on driver behaviour.

“A lot of people don't realise that what we have there at the moment between those two yellow concourses is still testing. That needs to come live as soon as possible, because at the start when that system went in it showed people were responding and slowing down on the particular stretch of road we were aiming to try and get people to slow down on - particularly when there is inclement weather," he said.

Since 2017, speeding has been identified as a significant issue on sections of the M7 between Limerick and Nenagh with around 40% of drivers exceeding the 120km/h speed limit.

Average speed detection systems note the time a vehicle takes to pass between two specific points - allowing the system to produce an average speed of travel.

Clarifying the situation, a garda spokesperson confirmed the system is not yet operational and that advance notice will be given before it is.

"An Garda Síochána continue to liaise with Transport Infrastructure Ireland (TII) in respect of the average speed cameras on the N7.  Formal notice will be given in advance of the 'go-live' date," he told the Limerick Leader.