Proposal to reduce speed limit in Limerick village is an exception 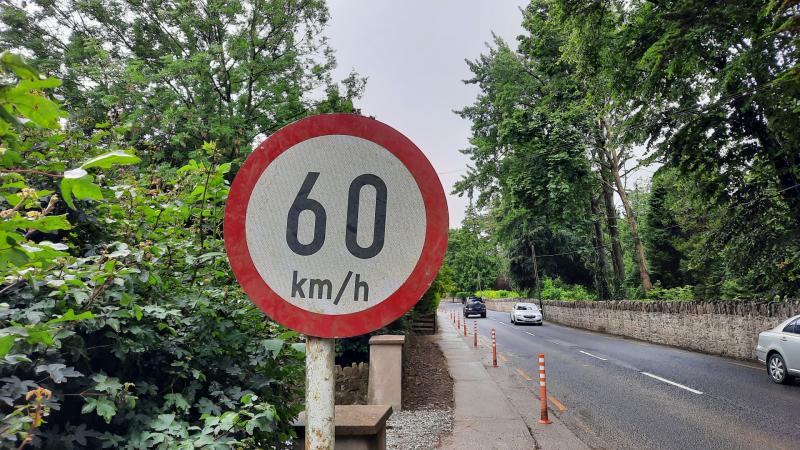 The current 60km/h limit will be reduced to 50km/h

LIMERICK City and County Council is proposing to extend the special 50km/h speed limit on the outskirts of Croom village.

At their monthly meeting, members of the Adare/Rathkeale Municipal District were advised the proposal, for the L1478 Old Cork Road, is being brought forward given its proximity to the opening of Coláiste Chiarain and the completion of the Croom Distributor Road.

If approved, the existing 50km/h zone will be extended beyond the environs of the village while a new 767 long 60km/h zone will also be introduced further out.

"This is a one-off speed limit reduction specifically to facilitate the new school and distributer road in Croom on the Caherass Road - the old N20," he added confirming that the proposed Bye-Law will go to public consultation before any decision is made.

A number of members queried how the speed limit can be changed when the next formal review of speed limits across the city and county is not due until 2025.

"I thought we couldn't change the speed limits during the five-year period," commented Cllr Adam Teskey. "What defines an exception?" he asked.

Cllr Stephen Keary suggested there are "exceptions all over the country" and he highlighted the absence of a 50km/h limit on the Woodlands Road near Adare and at Loughill village.