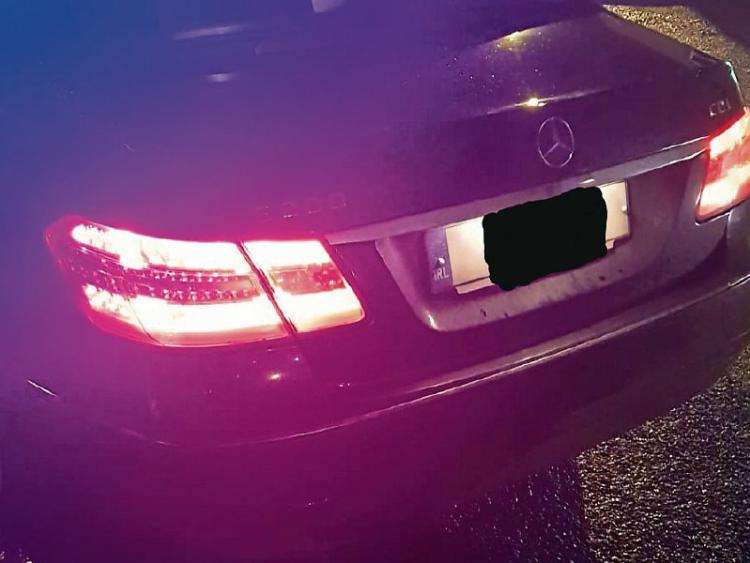 The Mercedes E200 class was seized on Friday night

LIMERICK gardai have seized a luxury car which was allegedly being operated as an unlicenced taxi.

The Mercedes E200 was seized on Friday night during a joint operation involving members of the divisional Roads Policing Unit and inspectors from the National Transport Authority (NTA).

“The operation was carried out by plain-clothes and uniformed gardaí from the Roads Policing Unit and the National Transport Authority. Shortly after 10.30pm, a car was stopped in the Ballyneety area of Limerick and was seized,” said a garda spokesperson.

A man, aged in his 40s, was questioned at the scene and he will now face prosecution for driving without insurance and for operating without a public service vehicle (PSV) licence.

“We would like to remind everyone to be vigilant when using or booking any public service vehicles such as taxis, hackneys and limos. The National Transport Authority app Driver Check can be used to check whether these vehicles have been registered,” said Sergeant Kevin Bourke of the Roads Policing Unit in Limerick.

The driver of the Mercedes was not arrested and he will be prosecuted by way of summons.