Cross words from Limerick minister as roundabout row rumbles on 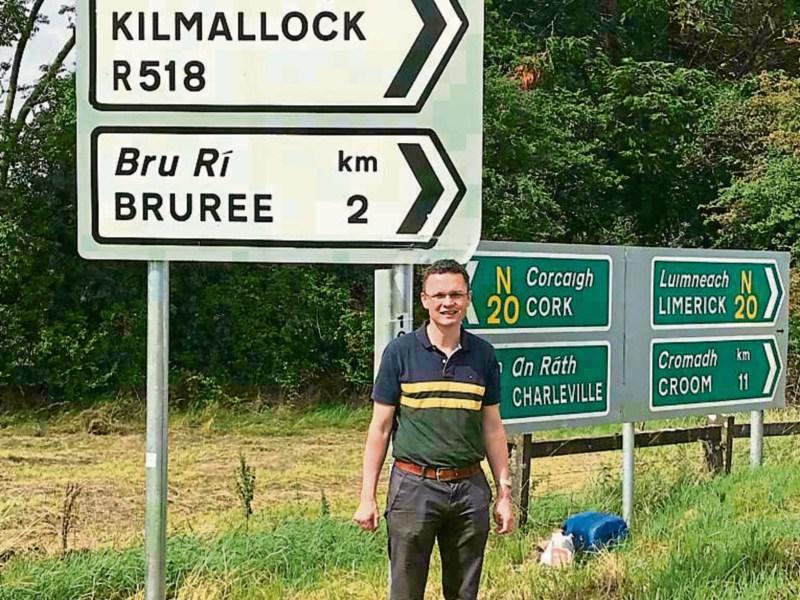 THE CONTROVERSY surrounding the €2m roundabout at O’Rourke’s Cross rumbles on this week with Minister Patrick O’Donovan saying he was “livid” when he read comments by councillors in the Leader.

It started in September when Minister O’Donovan called for work to commence at the junction on the N20 near Bruree.

“It is a major road safety issue. I am calling again for this to addressed. Whatever solution is put in place it needs to be moved on. Who is going to take responsibility for the next fatality at the cross if nothing is done?” asked Minister O’Donovan.

At the next meeting of Cappamore-Kilmallock municipal district, a number of councillors took umbrage at the minister’s comments. Cllr Mike Donegan, cathaoirleach, said they “didn’t help”.

“Fingers get pointed. The impression is we’re holding it up. It doesn’t help when the minister gets involved. He was a councillor,” said Cllr Donegan.

Currently there is a stalemate with polar opposite legal advice on the roundabout read out at the same meeting. The council’s design is for a four leg roundabout but a number of councillors want a five leg roundabout due to their safety concerns.

Minister O’Donovan said he has a mandate and has “no notion of being silenced”.

“When I saw that I was livid. The same ballot boxes come out of Bruree for the Dail as do they for the council. The money has been provided by the Department of Transport. I know it is the council’s responsibility to do the planning but it is also the council’s responsibility to get on with it. That is why I am calling on them as a public representative to get on with it,” said Minister O’Donovan.

He described councillors taking issue with him as a “smokescreen” and “red herring”.

“It is purely trying to cover the fact that there hasn’t been movement on this. I have a mandate from the people of County Limerick and I won’t be absenting myself from my responsibilities that when people raise important issues with me I am gong to relay them.

“The fact that I am not a councillor, to be quite honest about it, is irrelevant. I was a member of the local authority for long enough to know how it works and how it doesn’t work,” said Minister O’Donovan.

The delaying and delaying has to stop, he said.

“You can’t get away from the question asked of me by a person by email – who is going to take responsibility for the next fatality. If there is a serous accident at the junction in its current alignment it will be too late at that stage to start talking. The time for talking should be over and the decision should be made. People taking issue with me – that is neither here nor there.

“I am calling on the council management to make a decision and get on with it. I really don’t have any hard and fast view as to how many legs it should have but what I do know is what is there at the moment is completely and utterly unsatisfactory and it is putting an unnecessary risk to road users,” said Minister O’Donovan.

“I am glad to take this opportunity to inform the public as to what’s going on with the roundabout at O’Rourke’s Cross. I wish to state that it is now imperative that the local authority executive instruct their engineers to provide a new Part 8 and a new design to address our genuine concerns.

“In not doing so to date, they are delaying this much needed project and displaying flagrant disregard for the said reserve function of the councillors. I have to yet again reiterate the position of the councillors, that we have unanimously rescinded it due to genuine concerns. I suggest at this stage that the councillors’ wishes should be respected and the executive refrain from the bullying tactics that were adopted in this matter from here to fore. I again wish to remind the executive of my previous statement – take heed or ignore at your peril – and I trust at this stage that the TII have also been informed.

“We are elected by the people to represent and serve the people for the common good,” said Cllr Mitchell.