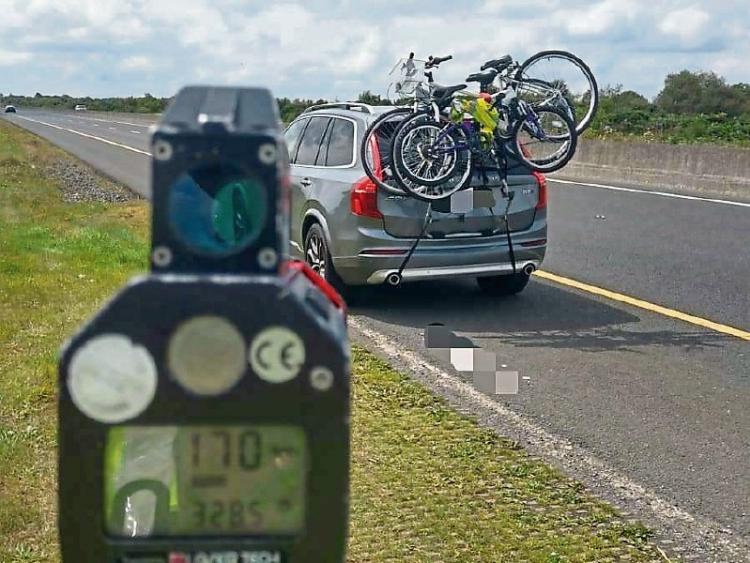 A MOTORIST who was caught speeding on the M7 motorway while transporting three bikes on the back of their car is facing prosecution before the courts.

According to gardai, members of the divisional Roads Policing Unit detected the estate-type car travelling at 170km/h – 50 km/h above the speed limit.

While three bikes were being carried on a rack attached to the rear of the car, it’s not known how many passengers, if any, were in vehicle when it was stopped.

The incident was one of a number of detections made by members of the divisional Roads Policing Unit on Wednesday.

According to a post on social media, two vehicles were seized – one in Limerick city and one in Clarina –  for tax and insurance offences.