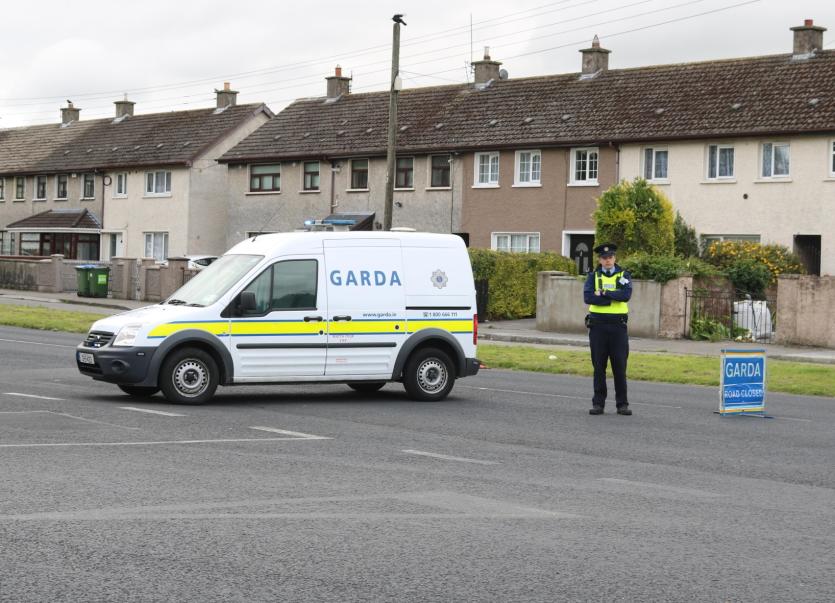 Hyde Road has been closed to traffic following an incident overnight

GARDAI at Roxboro Road are appealing for information following a fatal hit and run in the early hours of this Monday morning.

The incident between a pedestrian and a jeep occurred on Hyde Road at approximately 4.40am.

"A man aged in his early 20s has been pronounced dead at the scene. His body remains at the scene pending a garda technical examination," said a garda spokesperson.

"The vehicle believed to be involved in the incident, a black Mitsubishi Shogun jeep, failed to remain at the scene. The road remains closed currently and diversions are in place," added a statement from the Garda Press Office

Hyde Road has been closed since the early hours of this morning and gardai say the closure is likely to remain in place for several hours.

Hyde Road in Limerick city remains closed after the death of a man in his early 20s following a fatal hit-and-run. Follow @Limerick_Leader for more pic.twitter.com/OWrQhDnb5R

Gardaí are appealing for anyone with information on the incident, particularly anyone in the area around the time of the collision, who may have dash cam footage, to contact them at Roxboro Road Garda Station on 061 214 340.

Diversions are in place and motorists are being asked to avoid the Hyde Road area if possible.