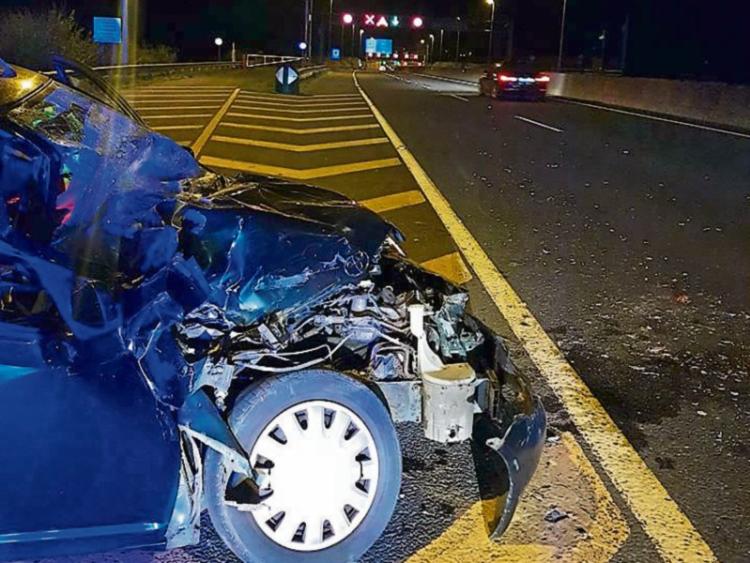 The scene of the collision on the N18 | Picture: An Garda Siochana / Facebook

A MAN who was taken to hospital following a road crash near the Limerick Tunnel has been discharged from hospital, gardai have confirmed.

The man was driving a car which was in collision with a truck on the Raheen side of the tunnel at around 8.40pm on Sunday.

The vehicle was extensively damaged in the incident.

Emergency services attended the scene of the collision for several hours and one lane of the N18 was closed for over an hour as the road was cleared.

While the driver of the car was taken by ambulance to University Hospital Limerick as a precaution he was not seriously injured.

The driver of the truck did not require treatment in hospital.

Gardai at Roxboro Road are investigating the circumstances of the collision.